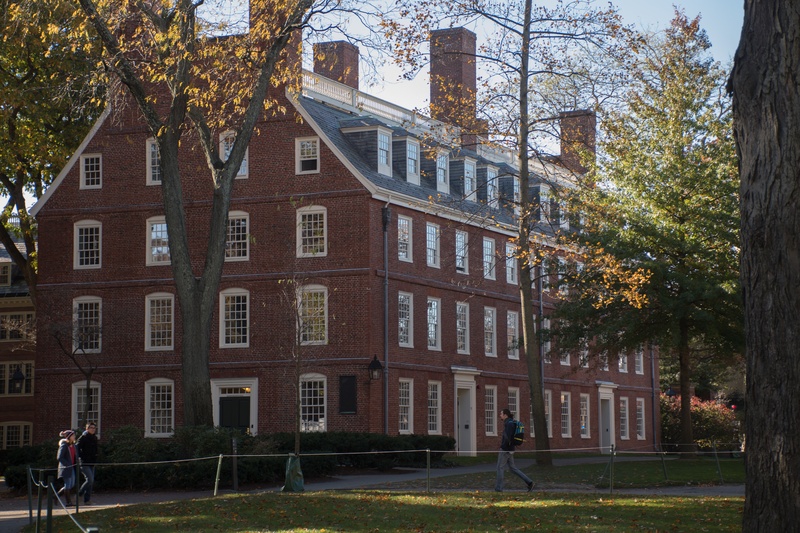 Massachusetts Hall houses the offices of the University President.

Harvard and its graduate student union held their first bargaining session for a second contract Thursday, reopening negotiations just nine months after the two sides agreed on a first contract.

Harvard Graduate Students Union-United Automobile Workers filed a notice of intent to bargain on the second contract Feb. 12. The union is currently voting internally on bargaining priorities and will use the results to draft initial proposals.

Harvard is one of five graduate student unions that has successfully negotiated a first contract, with the Graduate Workers of Columbia-United Automobile Workers still in negotiations. HGSU-UAW recently threw its support behind GWC-UAW’s decision to begin a strike Monday over the negotiations with Columbia.

After almost two years of negotiations and the longest graduate student strike in recent history, Harvard’s graduate students voted to ratify their first contract on June 30, 2020. Due to the unusual circumstances created by the pandemic, the contract is a one-year agreement expiring June 30, 2021. 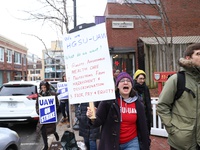 Out of the 10 HGSU-UAW bargaining committee members, Statistics Ph.D. candidate Cory W. McCartan is the only one who was at the bargaining table for the union’s first contract.

A longstanding point of contention between Harvard and HGSU-UAW in the previous round of negotiations was the grievance procedure for sexual harassment and identity-based discrimination. The union has advocated for a third party to handle such claims, while the University insisted they can be processed through Harvard’s existing procedures.

Though the first agreement does not include provisions for a third-party arbitration as proposed by the union, student workers under the first contract can have a union representative present in all stages of the grievance.

The union had also hoped the first contract would include provisions for an “union shop,” which would require student workers to pay dues for representation at the bargaining table. The current agreement, however, maintains an “open shop” arrangement in which members can choose whether or not to pay dues. HGSU-UAW is the only open shop union at Harvard.

After ratification, the University became responsible for providing HGSU-UAW with a weekly list of students in its bargaining unit, as well as deducting membership dues from paychecks. Last fall semester, union leadership noticed that some students at the School of Public Health were not having dues deducted from their paychecks, and eventually discovered that 108 students in the Population Health Sciences program were being excluded from the bargaining unit. HGSU-UAW filed a grievance over the exclusion in December 2020.

In January 2021, the University denied the grievance, and the next month the union filed for a Step Two grievance, which Provost Alan M. Garber ’76 will mediate. Harvard maintains the compensation the excluded students receive does not make them employees of the University, pointing to the difference between labor and “academic effort.”

HGSU-UAW has also raised concerns about health and safety during the pandemic. Union and Harvard representatives met in February to discuss access to mental health care and specialist care, as well as contact tracing protocols and protections for student workers working remotely.

While the health and safety meeting was distinct from contract negotiations, HGSU-UAW representatives told The Crimson following that meeting that health and safety would be key priorities for the union as it begins to bargain the second contract.

With the inauguration of Joe Biden, the second round of contract negotiations is anchored in a much friendlier national environment for organized labor than that of the first round.

During Donald Trump’s presidency, several graduate student movements withdrew their petitions to unionize, including the University of Pennsylvania and University of Chicago. They said they feared that the National Labor Relations Board under Trump would use their cases to revoke graduate students’ right to unionize altogether. In September 2019, the NLRB issued a notice of proposed rulemaking stating that students “who perform any services for compensation, including, but not limited to, teaching or research, at a private college or university in connection with their studies are not ‘employees’” under the National Labor Relations Act of 1935.

Eighteen months after the 2019 notice of proposed rulemaking under Trump, the NLRB under Biden withdrew the proposed rule on Monday.

Former NLRB chairman William B. Gould IV said he believes the current labor environment will generally give graduate student unions more leverage at the bargaining table because they can now seek recourse with the NLRB.

“Now that dynamic has changed, so I think the union doesn’t have the same limitations imposed upon it that existed these past four years,” Gould said.

HGSU-UAW President Brandon J. Mancilla said in a January interview that the national labor conditions establish the tone for organizing, but do not determine the direction of the union’s work.

Last month, University spokesperson Jonathan L. Swain wrote in an emailed statement that administrators “look forward” to negotiating with the union this year.

“The University continues to work with HGSU-UAW on the implementation of the contract that went into effect last July, and we look forward to engaging in the upcoming discussions around its renewal this year,” he wrote.

Garber said in an interview earlier this month that he is “very optimistic” going into the negotiations, and indicated the University is willing to bargain over some mental health initiatives with the union.

HGSU-UAW bargaining committee member Aparna Gopalan wrote in an emailed statement Thursday that the union is “happy” the University is willing to negotiate for the second contract.

“We had our first session and are going to have more in coming weeks,” Gopalan wrote. “We were happy to hear that the University is willing to work quickly together to get a second contract in place.”