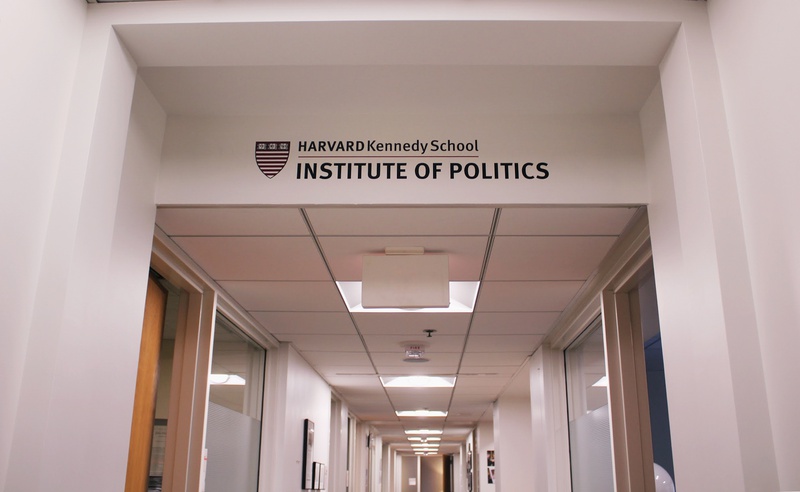 The Harvard Institute of Politics was founded in 1966 as a memorial to President John F. Kennedy ’40.

Former Montana Gov. Stephen C. "Steve" Bullock — a Democrat who has also made runs for the White House and Senate — and five other eminent political figures will serve as fellows at the Harvard Kennedy School’s Institute of Politics this spring, per an announcement on Wednesday.

The cohort of fellows also includes Bonnie Glick, the Deputy Administrator of the U.S. Agency for International Development under President Donald Trump; William “Bill” Kristol ’73, the founding director of Defending Democracy Together; Janet A. Hook ’77, a national political reporter for the Los Angeles Times’s Washington Bureau; Nsé Ufot, the Chief Executive Officer of the New Georgia Project; and Michael Tubbs, the former mayor of Stockton, Calif.

In the email announcing the fellows, IOP Director Mark D. Gearan ’78 wrote that he was “grateful” the fellows will be spending the spring semester with the IOP — albeit virtually — at such “an important moment in our civic life.”

“Their experiences as a governor and presidential candidate, diplomat, journalist, thought leader, mayor, and activist provide unique perspectives to share,” he wrote. “Harvard students will be able to engage with them on critical topics – from COVID to voter participation, the first 100 days of the Biden presidency to the future of the Republican Party.”

Nadia R. Douglas ’23 and Victor E. Flores ’23, student co-chairs of the IOP’s Fellows and Study Groups, wrote in the announcement that they are eager to welcome the fellows this spring.

“The world is watching the United States, waiting to see how our newly elected leaders will address the global pandemic, economic crisis, and domestic polarization,” they noted. “This cohort will help our community make sense of this inflection point and where we go from here, while continuing to inspire students’ passion for public service.”

On Twitter, Glick wrote that she was “very excited” to work with the other new fellows.

“I'm heading back to school,” she wrote.

Trump nominated Glick to her role as USAID Deputy Administrator in April 2019 and the Senate voted unanimously to confirm her in January 2019; she was fired, though, on Nov. 6, 2020.

Tubbs — known as a rising star in the Democratic Party who narrowly lost re-election as Stockton mayor last November — also took to Twitter to comment on the news, writing that he is “excited to share hard earned insights” with Harvard affiliates.

The fellows will appear in introductory forums at the IOP on Feb. 3 and Feb. 4.

‘The Achilles Heel of Title IX’