Rhode Island Man Sentenced to 21 Months for Threatening Prof. Believed to Be Affiliated With Harvard 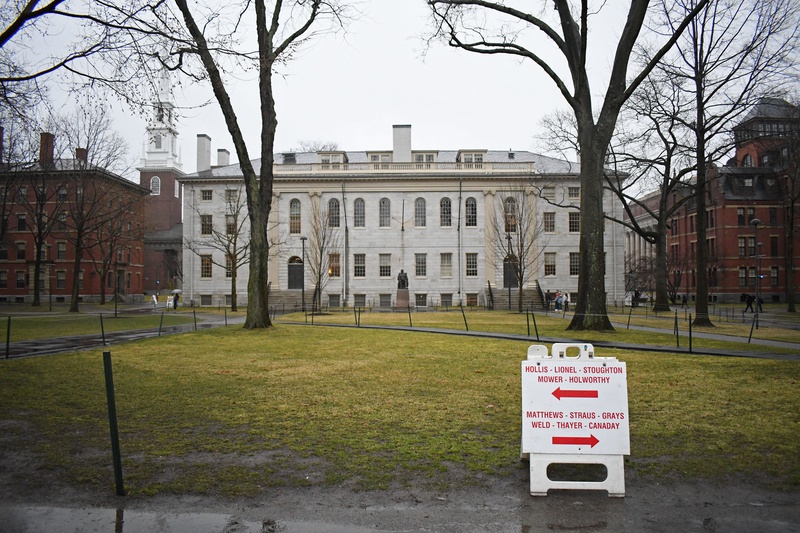 A Rhode Island man was sentenced to 21 months in prison and three years of supervised release Wednesday for sending dozens of violent, threatening emails to a Massachusetts professor reportedly affiliated with Harvard.

Haviland was arrested in April 2019 after FBI agents traced 28 emails to him that threatened to rape, kill, dismember, and eat the unnamed professor, according to an affidavit in the case. The emails were all sent on the evening of March 10, 2019 and several appeared to be motivated by the professor’s public support of abortion and criticism of President Donald Trump.

Another email threatened to “kill every Democrat in the world” to prevent abortions.

Five days later, Haviland sent 12 emails to the admissions department of one of the professional schools at the professor’s university, accusing it of racism against white people and threatening to bomb the school. He also admitted to leaving 114 voice messages at an abortion clinic in Rhode Island in which he compared a doctor there to Nazis, according to the affidavit.

After Haviland’s arrest, several Boston media outlets reported that the recipient of the macabre emails was a male Harvard faculty member, though the victim is only identified in court documents as a professor who works at a Massachusetts university.

According to the affidavit, the professor told a police detective that they were used to hate mail, but was “very fearful” for themselves and their family as a result of Haviland’s emails.

“[Haviland’s] gruesome missives … induced nightmares, interfered with my life by flooding my mind for months with unwanted images, made my teaching more challenging, frightened … my family as well as my faculty assistant, and caused enormous distress,” the victim wrote in a sentencing memorandum last fall. “Haviland’s vivid threats and the rage they expressed continue to haunt me.”

Though Haviland had no prior criminal record, a forensic psychiatrist determined Haviland posed a “moderate risk of both targeted violence and affective violence were he to be released from detention without supervision,” according to the memorandum.

“The Constitution protects everyone’s right to free speech, but there is a hard line between free speech and the stalking and harassment committed in this case,” U.S. Attorney Andrew E. Lelling said in a release. “My office will enforce that line.”

Haviland’s case is not the only recent instance of offensive emails sent to University affiliates. In June, the FBI launched an investigation into a separate racist email sent to thousands of affiliates at Harvard, Stanford, and the University of Michigan amid nationwide protests against racial injustice.

Majority of Harvard Personnel to Work Remotely Through End of 2020