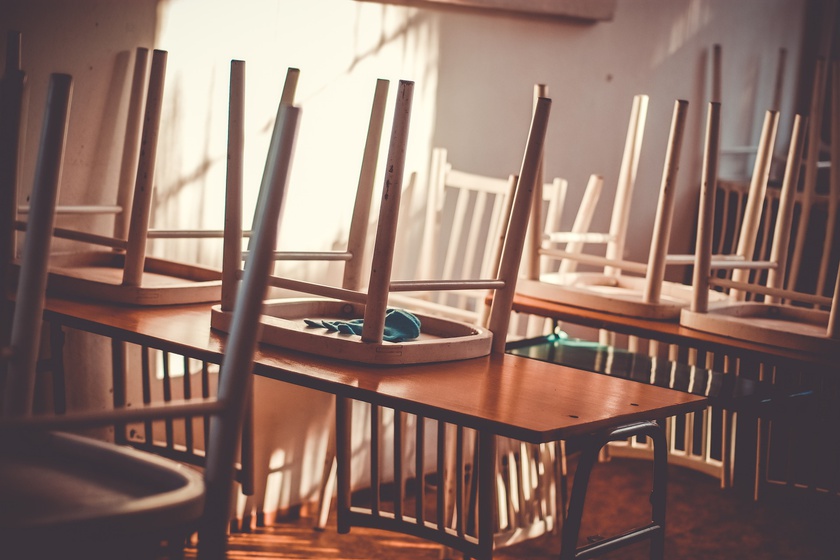 Courtesy of Pixabay As the COVID-19 pandemic has forced schools across the country to close, students find themselves learning online rather than in the classroom.

At Home With CovEd

Evelyn Wong ’21 created CovEd in the days after Harvard College students were asked to leave campus, while she was packing her belongings and preparing to return home. As she saw spreadsheets circulating to provide college students with emergency housing and storage, her thoughts turned to younger students hit by school shutdowns around the nation.

Zoe J. DeMasi had just begun to catch up at school. The assisted hearing device she had gotten earlier this year allowed her to finally enjoy third grade; in the past, she missed between quarter to a half of what her classmates said. But now that the COVID-19 pandemic has forced her Oregon elementary school to close, she hasn’t heard any of their voices in a month.

She completes pages of a school-issued workbook and video chats with her teacher once a week in lieu of classes. Her mother, Monica H. DeMasi, squeezes in time between hospital shifts to read to her and work through math problems.

Monica worries that without a curriculum, Zoe and her classmates will fall behind in their subjects. Zoe, in particular, relied on additional support from her teachers in school.

“[Her current education] is in no way comparable to what she’d be learning at school,” Monica says.

She and her husband have been scouring Facebook groups for children with ADHD to search for online resources. To replicate the structure of school at home, Zoe meets with Saherish S. Surani, a volunteer tutor, three times a week. They read comics on Scholastic Kids and play addition and multiplication games on Zoom.

Surani, a junior at Tufts University, says she understands the disruption Zoe is facing. She herself was “living abroad in a ship, pretty much in a new country every week” when her university abruptly told her and other students to return home last month. The two bond over the fact that they use the same hearing aid; Zoe has never met someone else with a hearing impairment.

Spread across the country, Surani and Zoe are one of hundreds of pairs of students just like them. Jasmine and Esther are reading the Harry Potter series together. Jessie and Isabelle are reviewing SAT math problems, though it is difficult over the phone. Kevin is preparing to recite Shakespeare to Jake to improve his public speaking skills. They are all members of CovEducation, a nascent program pairing K-12 students with college-aged tutors for the remainder of this severely disrupted school year.

Evelyn Wong ’21 created CovEd in the days after Harvard College students were asked to leave campus, while she was packing her belongings and preparing to return home. As she saw spreadsheets circulating to provide college students with emergency housing and storage, her thoughts turned to younger students hit by school shutdowns around the nation.

“A bunch of the community came together to create these sheets and just [tried] to help out,” Wong says. She began reaching out to friends with a Google Form that would pair younger students with college mentors to provide tutoring and educational support.

The cause spread quickly on Facebook, and one Google Form soon turned into a full-fledged website and a team of student leaders from 45 states and dozens of universities. In just over a month, the organization has paired over one thousand mentors and mentees.

Daniela R. Velez, a freshman at the Massachusetts Institute of Technology and CovEd’s head of outreach, says many stressed parents look to the program for remedial academic support for young children and an “academic boost” for older ones applying to college.

Claudia B. Nuss, a high school junior from North Carolina, is concerned that she hasn’t completed all her testing for college admissions. She sees her weekly sessions as an opportunity to talk to someone about her concerns for the future. “I [have] really started to miss my friends,” she says. “It’s difficult not having someone to talk to face-to-face.”

Velez emphasizes that the organization aims to “maximize impact” rather than the number of sign-ups. CovEd intends to serve low-income students who are struggling the most with the sudden transition to virtual schooling. They have partnered with the Harvard Educational Studies secondary field, the Phillips Brooks House Association, and Professor Katherine K. Merseth, who teaches the popular General Education course “Gen Ed 1076: Equity and Excellence in K-12 American Schools.”

The pandemic has exacerbated existing inequities in education, Merseth says. Some students do not have laptops or internet access to complete their assignments. For others, their parents may be unable to provide academic help due to a language barrier or busy work schedule.

“If you do have a parent who has some social capital, who’s been working with you, who asks you interesting questions, those children will have progressed. But if [they] have a parent who is distracted by the necessities of life, they won’t,” Merseth says.

To overcome these obstacles, CovEd works with some students over the phone and encourages them to get free WiFi from Spectrum or borrow Chromebooks from their schools. Members are also exploring ways to partner with local school boards to recruit students from rural areas and to establish laptop-sharing programs.

Online learning has turned out much better than expected, Merseth says, thanks in part to resources like CovEd. Still, she acknowledges, it’s a poor substitute for face to face learning.

“The entire nation will have to accept a new normal,” she says.

— Magazine writer Sophia S. Liang can be reached at sophia.liang@thecrimson.com.