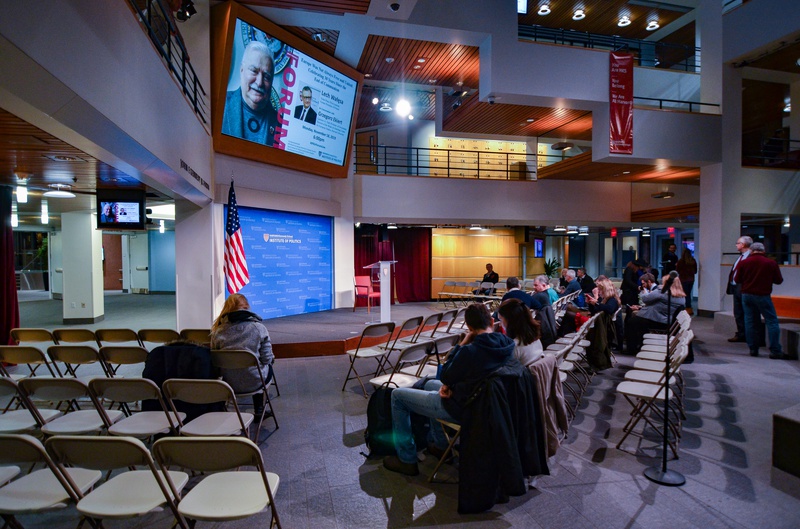 The Harvard Public Opinion Project, which conducts an annual poll, is one of the programs at the Institute of Politics.

Dubbed “Fast Forums,” the virtual 30-minute forums require guests to RSVP in order to receive an event link. The forums will take place on Zoom for Harvard affiliates and will be streamed to the general public as Facebook Live events.

The online forums will feature “prominent elected officials, political operatives, journalists, and activists,” according to the IOP’s email announcement. The Fast Forums will allow for questions from the audience, much as in-person IOPs forums previously did.

On Thursday, the first Fast Forum will feature Chair of the House Rules Committee and Congressman James P. McGovern (D-Mass.) as well as co-founder of Black Voters Matter and former IOP resident fellow LaTosha Brown. The forum — moderated by IOP Director Mark D. Gearan ’78 — will focus on the impact of COVID-19 on democratic participation.

Gearan wrote in an emailed statement that the Fast Forums will serve as a “premier arena” for Harvard affiliates around the world.

“Our inaugural Fast Forum featuring Congressman Jim McGovern and Black Voters Matter co-founder and former Resident Fellow LaTosha Brown will serve as the first of many virtual engagements to allow students to engage with elected officials, policy makers, journalists, and activists and continue the tradition of the JFK Jr. Forum as Harvard’s premier arena for political discourse and debate,” Gearan wrote.

“Technology allows the IOP to continue to engage our Harvard community virtually, and a commitment to public service and public purpose unites us across many states and countries,” he added.

‘No Shortcuts’: Coronavirus Vaccine Developed by Cambridge-Based Company Begins Phase One of Testing