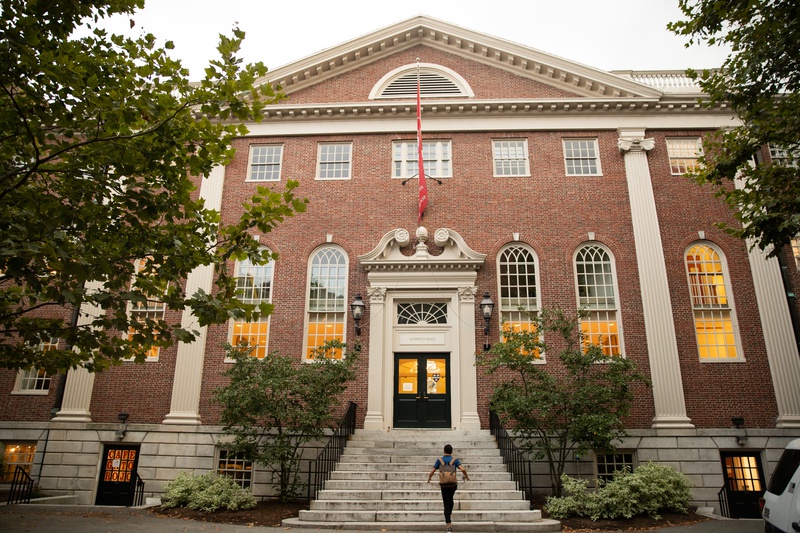 The GSAS Student Center is located in Harvard Yard.

The Harvard Graduate Council discussed a trio of programs spanning the University’s 12 graduate schools in a meeting featuring representatives from each school Monday night.

The group began the meeting by reviewing the One Harvard Catalyst Fund, an opportunity for graduate schools to invite other schools to collaborate on and host various events and projects.

“The HGC One Harvard Catalyst Fund is for if you have an idea for something that you want to bring students from different schools together,” Chanthia C. Ma, the vice president of the Council, said.

The Fund offers two different options for applicants. A “fast-track” option is for those who have project proposals that need funding immediately, offering them up to $500. The traditional fund, which involves a longer review process, awards grantees up to $2500.

Jacqueline “Jackie” Yun, the executive director of the Graduate School of Arts and Sciences Student Center, also discussed the launch of Engage — a new hub meant to modernize and facilitate graduate student involvement in activities — at the meeting.

Initially offered at Yale, the new platform was created by Campus Labs, a software company that creates software specifically tailored for colleges and universities.

Yun cited the lack of a centralized system where student organizations could publicize, promote, and process different activities as a plus of the new system.

“Before, there was no real way to connect students with groups in GSAS,” Yun said.

The meeting concluded with a presentation from Robert “Rob” C. Watson Jr. ’09, the Director of Student Programs at the Harvard Kennedy School’s Institute of Politics. He discussed the Harvard Votes Challenge, an initiative launched in 2014 to mobilize the Harvard community to engage more in civic responsibilities.

“The Harvard Votes Challenge is a university-wide program to increase and institutionalize student voter readiness efforts across the university,” Watson said.

Watson said the percentage of eligible Harvard voters who casted ballots has increased by 24.6% since HVC’s advent in 2014. He also offered each graduate school an opportunity to participate in the program.

“Through the President’s Administrative Innovation Fund, we’re supporting each Harvard school to form a voting team made up of faculty staff and students to establish a basic infrastructure for voting,” Watson said.

—Staff writer Davit Antonyan can be reached at davit.antonyan@thecrimson.com.