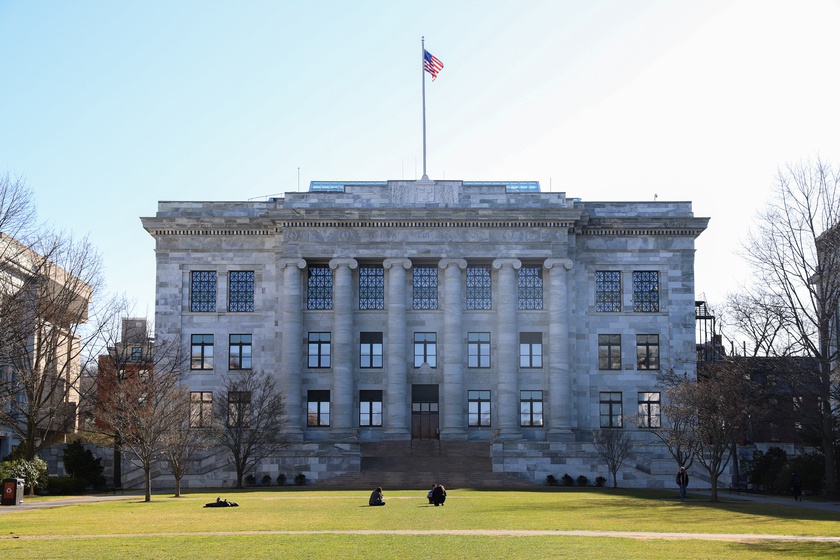 The Faulty Science of "Herd Immunity"

If the pandemic was handled according to Martin Kulldorff’s plan, most young and healthy people would resume life as it was before March: no quarantining, no masks, no social distancing.

If the pandemic was handled according to Martin Kulldorff’s plan, most young and healthy people would resume life as it was before March: no quarantining, no masks, no social distancing.

In early October, Kulldorff — an epidemiologist at Harvard Medical School — and two scientists, Stanford professor Jay Bhattacharya and Oxford epidemiologist Sunetra Gupta, met in Great Barrington, Mass., at the headquarters of the American Institute of Economic Research, a libertarian think tank funded by fossil fuel companies and the Koch brothers. Kulldorf had noticed Bhattacharya and Gupta in the news. They were both part of a minority of scientists vocal about their frustrations with the growing consensus around “flattening the curve.”

Initially, the scientists hoped to film an informational video about their views on the pandemic. But after discussion, they also decided to write and upload what they titled “The Great Barrington Declaration.” The memorandum characterizes current public health measures as draconian: It claims that maintaining “current lockdown policies” until a vaccine is available “will cause irreparable damage, with the underprivileged disproportionately harmed.”

It suggests instead that all schools and workplaces fully re-open. The proposal hinges on a seemingly simple epidemiological principle called herd immunity: If enough people become immune to the virus, it will stop circulating in a community.

The overwhelming majority of experts argue that this approach would not work for the current pandemic — and never has. While the United States was able to eradicate smallpox in 1980, technically achieving “herd immunity,” it could only do so with a vaccine.

Kulldorff, Bhattacharya, and Gupta signed the memorandum while unmasked, and toasted it with champagne. According to its website, it has received 600,000 signatures from concerned citizens and scientists, though the group acknowledges some are fake.

Goldman, along with a team of over 30 epidemiologists, published an opposing letter, titled the John Snow Memorandum, in The Lancet, a prominent medical journal. It condemns the approach described in the Great Barrington Declaration as “a dangerous fallacy unsupported by scientific evidence.” So far, over 4,000 other scientists have signed it.

While the idea of returning to normal life is seductive, Goldman says “there is absolutely no evidence that the population will get herd immunity.” Since immunity from infection with COVID-19 gradually wanes, the virus can reinfect people, which makes stopping its spread impossible. Goldman and her colleagues expect immunity to last only a year or two, just as it does for other coronaviruses, which return seasonally.

On Oct. 12, doctors in Nevada confirmed the first case of COVID-19 reinfection in the U.S., the fifth example of this worldwide.

In contrast, Kulldorff believes that as Americans continue to be infected by the virus despite social distancing measures, herd immunity is inevitable. Kulldorff argues his approach would merely hasten the end of the pandemic.

“In a pandemic, you cannot avoid all death,” he says. “But if you can shift the risk from the old to the young, you can reduce net mortality.”

Kulldorff believes that under the model currently observed in most of the world, vulnerable essential workers are tasked with generating the herd immunity that he claims could eventually end the pandemic. “We are protecting low-risk college students and low-risk young professionals who can work from home [while] throwing the working class under the bus,” he says.

While we wait for a vaccine, the people tasked with delivering groceries, driving buses, and cleaning partially-opened schools bear the brunt of the pandemic.

Kulldorff’s claims identify clear inequalities in the pandemic’s impact, but his solution depends on one central assumption: that it is possible to separate healthy, young people from the elderly and the immunocompromised. But many households include both high- and low-risk populations, family members and loved ones who cannot be feasibly quarantined from each other. This is especially true in the United States, where over 60 percent of Americans have comorbidities which put them at high risk for severe illness.

He did not elaborate on how the government might segregate these populations, aside from taking better care of those in nursing homes.

For Florian Krammer, an immunologist at the Icahn School of Medicine who signed the John Snow Memorandum, “the devil is always in the details.” Even if it was possible to achieve herd immunity, Krammer believes the proposal would be impossible to implement: “You [would] need complete buy-in from the population, and you would need an enormous amount of money to do it.”

The Great Barrington model also assumes that the virus will not harm young people. However, according to Goldman, while young people are unlikely to die from the virus, they can still suffer from long-term health complications. “We are seeing people who have been infected by the coronavirus [who] haven’t had particularly severe acute illness, but [have] wound up with chronic health problems after the fact, cardiovascular problems in particular,” she says.

The Institute of Health Metrics and Evaluation at the University of Washington estimates that loosening existing public health restrictions could result in, at minimum, an additional 750,000 American deaths.

Goldman is also concerned that politicians could use the Great Barrington Declaration as “a pretext for avoiding taking measures to control the spread of the virus.”

In fact, since the Great Barrington memorandum was released to the public on Oct. 5, it has attracted the attention of the White House. The president’s pandemic advisor, Scott W. Atlas, invited the group to present their thoughts to Health and Human Services Secretary Alex M. Azar. Azar later tweeted that their conversation contained “strong reinforcement of the Trump Administration’s strategy of aggressively protecting the vulnerable while opening schools and the workplace.”

One of the most effective ways to control the pandemic would be with a vaccine, which would protect the most vulnerable without putting them at risk. “If we could get [a vaccine] to almost all of those who are elderly, who have underlying conditions, we could dramatically bring down the rates of death,” Goldman explains.

Krammer is well-aware of the consequences of lockdown. He maintains that even now, lockdowns are neither constantly necessary nor good; they are “emergency measures.” He says that by wearing masks, following social distancing guidelines, and working from home when possible, we can similarly tamp down viral circulation so that lockdowns don’t need to happen.

“By taking relatively simple measures, you can completely avoid them,” he says.