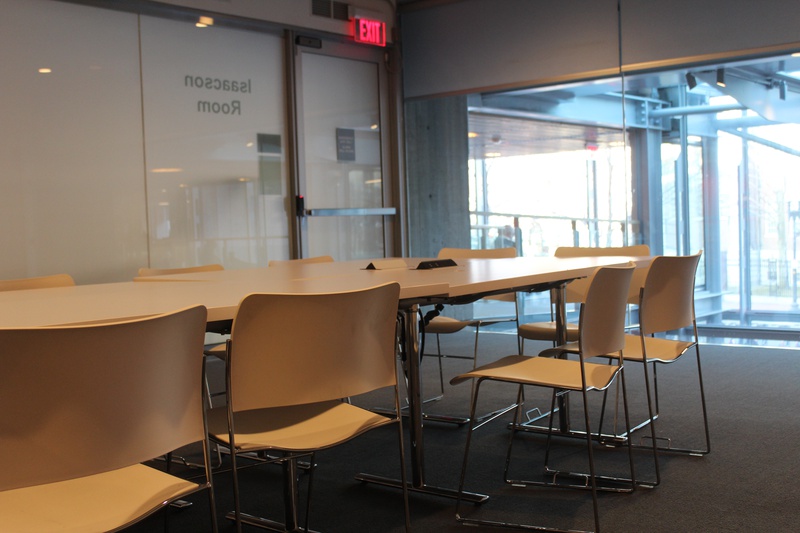 When students are on campus, the Undergraduate Council meets weekly on Sunday afternoons in the Isaacson Room of the Smith Campus Center.

The Cambridge City Council adopted a pair of motions to allocate funds toward a new records management system that aggregates police activity and toward a project to house the city’s homeless population in its meeting Monday.

The new records management system will feature a public dashboard that highlights routine traffic stops made by police. The system, which the city’s Public Safety Information Technology Division will oversee, should improve police transparency and help evaluate the presence of bias in law enforcement, according to Vice Mayor Alanna M. Mallon.

Mallon said at the meeting that it is “long past time” the city adopted such a system.

“There has been such a need for transparency and accountability in policing and never more urgently than over the last couple of months,” she said. “I’m excited to be like the first city in the country to be providing this type of public transparency.”

“The current system doesn’t have the functionality to carry out dashboard technology, so we were dead in the water,” he said.

Bard said it will take eight to ten months to compile the traffic stop data. Once the department gathers the data, the city will analyze it for officer bias.

“The primary concern will be the traffic stop data,” he said. “Once that’s done, then we’ll develop a process to also see what, if any, difference exists in how we treat individuals when we use force.”

During Monday’s meeting, the city also adopted a motion to allocate funds obtained through the CARES Act toward housing homeless individuals.

Assistant City Manager for Human Services Ellen Semonoff said the Cambridge Housing Authority has committed between 40 and 45 housing vouchers to individuals who are chronically homeless.

Semonoff also said Homestart, a Boston-based housing provider, will work to house individuals for periods from 18 months to up to two years.

During the public hearing portion of the virtual meeting, nearly a dozen Cambridge residents touted a policy order that would prohibit the use of tear gas in Cambridge.

“Since tear gas can exacerbate respiratory distress and makes citizens vulnerable to complications from COVID, for the health and safety of Cantabrigians, I urge you to vote in support of policy order five,” she said.

Jonathan Behrens, another Cambridge resident, proposed extending the policy to restrict the purchasing of tear gas.

“The distinction might seem silly, but we discovered earlier this year that the Cambridge Police Department actually did have a stockpile of it, even though they were banned from using it,” he said.

Cambridge police officers are not allowed to use tear gas, per department policy. Still, Councilor Jivan Sobrinho-Wheeler said the ordinance would strengthen the existing policy and might inspire other cities to do the same.

While Councilor E. Denise Simmons said she supported the legislation in principle, she argued its phrasing needed further refining and thus exercised her charter right to postpone the measure.