Out of the Shadows and into Stardom

From injured baby groundhog to world-renowned meteorological superstar, kind of.

Ms. G, Massachusetts’s Official State Groundhog, started her life as an ordinary groundhog. She was born without her now-iconic name, and seemingly not destined for the spotlight.

In fact, she was injured as a young woodchuck, and, though she was nursed back to health by a wildlife rehabilitator, she became too accustomed to human care to survive on her own. In 2008, she moved to Massachusetts Audubon Society’s Drumlin Farm Wildlife Sanctuary in Lincoln, Mass., where she led a quiet, nameless life as a wildlife ambassador, teaching local students about New England’s environment.

But bigger things were on her horizon.

In 2008, fame and fortune found their way to the then-unnamed female woodchuck who would later be known as Ms. G when former broadcast meteorologist Mish A. Michaels visited the Mass Audubon sanctuary as part of her work as an environmental reporter.

Michaels worked in broadcast meteorology in the Boston area for almost 20 years. In February 2017, she briefly returned to broadcasting, but then lost her job due to concerns over previous statements she gave linking vaccines to autism. Her views about the impact of human activity on climate change were also scrutinized.

Michaels declined to comment on her views on vaccinations, and emphasized in an emailed statement that “our evolving climate is an intricate puzzle that great scientific minds continue to tease out. In our quest to understand climate variability, animals like Ms. G help to piece together the story of how our climate impacts life on our planet.”

While she is now a self-proclaimed groundhog supporter, Michaels wasn’t always a fan of Groundhog Day.

“I always thought [Groundhog Day] was annoying and silly, because Punxsutawney doesn’t even live in New England,” Michaels says.

Once she met Drumlin Farm’s young groundhog, though, she changed her tune.

“I came to know a groundhog that lives at Mass Audubon,” Michaels says.

Ms. G had participated in Drumlin Farm’s Groundhog Day celebration since her move there in 2008. However, her forecast was not officially recognized by the state of Massachusetts. Michaels decided to change that.

Aside from Punxsutawney, Pa., other locations have their own official groundhogs: New York City has Staten Island Chuck (whose predecessor tragically died in 2014, a week after being accidentally dropped by Mayor Bill de Blasio), and Lilburn, Georgia has their own marmot named General Beauregard Lee.

The first step of Michaels’ initiative—and the first step on Ms. G’s road to fame—was convincing Drumlin Farms to name the groundhog. Michaels suggested the name Ms. G, as all other official state groundhogs are male.

Michaels waited to begin her campaign in earnest until her youngest daughter entered kindergarten, so that she could fully commit herself to getting Ms. G the official forecaster status that she deserved. A campaign team, comprised of Hunnewell Elementary School students and led by Michaels, worked with Mass Audubon’s advocacy department and Wellesley Representative Alice H. Peisch to propose House Bill 2864, the “Ms. G” Bill.

The Ms. G Bill designates the female woodchuck who was recently named Ms. G as the “official groundhog of the commonwealth.” In July of 2014, Governor Deval Patrick officially signed the Ms. G Bill into law, making official her duty to educate elementary school children on the importance of meteorology.

“I definitely want to make sure that the Hunnewell students get credit for making this bill into a law, because without them this would not have happened,” Michaels says.

Sanctuary Director of Mass Audubon’s Drumlin Farm Renata A. Pomponi says that Ms. G is a great educational tool, helpful in teaching adults and children alike about the local impact of climate change.

“It was great to see those students so engaged in understanding the legislative process and supporting our local wildlife celebrity as a way to draw some attention to Massachusetts and our own local climate,” she says.

This year, Ms. G’s official forecast will take place at 10 a.m. on Friday, Feb. 2, and will be live-streamed from Mass Audubon’s Instagram. It will be her fourth official forecast, and even the more groundhog-resistant members of the weather community will be in attendance.

“We have all brought Ms. G into our good graces,” Michaels says. “Even hardcore, seasoned, stalwart professionals who come from cloth cut in the 1970s… go there with me. The whole weather community has opened their hearts to the idea of having their own state groundhog.”

Passing on the Pork 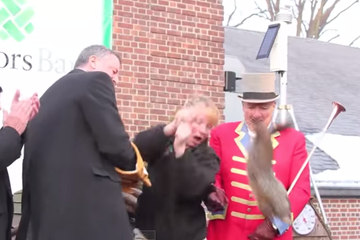 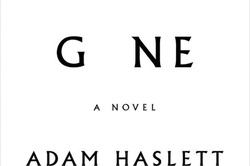