It takes months to get soccer cleats into perfect condition.

The leather needs to stretch and mold to your toes and heels. The laces have to loosen until they reach the right tension: tight enough that your first touch on the ball remains sharp, but slack enough that you can slip the shoes on and off without untying them. The spikes on the soles must be ground down, through night after night of salt-sweaty practices and sprint drills, until they reach about two-thirds their original length.

The cleats I tugged on and laced up one Sunday this past summer were all wrong. They were stiff and sharp and new. I ordered them online at the start of summer 2017 to prepare for my junior year playing on the Harvard women’s varsity soccer team.

I never used the black-and-white Copa Mundials – my preferred brand of cleats ever since I started playing at age five. The shoes went straight from their cardboard Soccer.com box to the top shelf of the closet in my childhood bedroom.

I purchased the cleats two months before I quit soccer forever. Seven months after The Crimson reported that the Harvard men’s soccer team used to annually produce sexually explicit “scouting reports” rating each class of freshman women on their physical attractiveness and sex appeal.

When I quit, I thought that I’d never set foot on a soccer field again. But here I was at a municipal park, marinating in the sticky heat of a D.C. summer morning, getting ready to play pick-up with work colleagues. Co-workers recruited me after learning I was a former Division I soccer player — and I figured, why not?

{shortcode-553fcfab76dc3e90a15095e29b9d43da9c404f0e} I pulled on the Copa Mundials, flexed my toes against the leather, jogged a few half-steps. I found a soccer ball, rolled it gently across the grass, over the tops of my feet, in between my legs. I started juggling, panting with the effort, surprised I could still rack up 100 consecutive touches on the ball.

It felt like re-discovering how to brush my teeth. I knew how to do this. I had done this — the ball, the field, the cleats — nearly every day for 15 years. It felt normal. Comfortable. Right.

Then I dropped the ball and, hunting to retrieve it, looked down. As had become habit, I started criticizing: My thighs were too fat and far too pale. My muffin-top was swelling over the waistband of my shorts. My sports bra didn’t fit right. Why hadn’t I picked a looser t-shirt? I looked around the field to check whether anyone was looking at me.

I don’t remember how I played or whether we won that day. But I do remember how my clothes fit. I didn’t go to many more pick-up sessions after that.

Our coach warned us a couple days before the article published on Oct. 24, 2016. “The Crimson has something on the men’s soccer team, and it’s bad,” he said. “I don’t know exactly what it is.”

We were competing for the Ivy League championship at the time; I didn’t want to appear distracted or to distract my teammates.

In private, I re-read the article again and again and again. I opened the story on my phone when I thought no one could see me — shuttered in a bathroom stall, stretched out on my bed just before going to sleep.

I dwelled on certain sentences excerpted from the 2012 scouting report.

“She looks like the kind of girl who both likes to dominate, and likes to be dominated.”

“She seems relatively simple and probably inexperienced sexually, so I decided missionary would be her preferred position.”

She should be called “Gumbi” because “her gum to tooth ratio is about 1 to 1.”

I couldn’t help trying to pair each description with one of the women I knew in the 2012 recruiting class, all of whom were seniors when I was a freshman. I hated myself for trying.

A few days after the story broke, we took a weekend trip to play a school — Dartmouth — that the men’s team was also playing. I don’t remember exactly how it happened, but we’d adopted a no-contact policy: We’d agreed not to speak to members of the men’s team until after our season ended. We avoided the men as much as possible on the trip. We traveled in different buses, so it wasn’t too difficult.

{shortcode-a3ef7a7dce5818d6cd6dac50dff8dbd933f6f011} We won our game, 2-0. The men were slated to play after us. I was one of the last to leave the showers. As I was walking toward our bus, I ran into my coach. He looked uncomfortable. He asked me if anyone was still showering. When I said yes, he looked even more uncomfortable.

He asked me if I could go back inside and tell the rest of the team to hurry up. He paused. He looked down. He said the men’s team needed to get into the locker room.

I pictured the men filing into the space we’d just vacated. I pictured them standing in the room where we’d undressed.

I gritted my teeth. I walked back the way I came.

On Nov. 3, Harvard cancelled the rest of the men’s soccer team’s season after an Office of General Counsel review found the team had continued to produce reports well past 2012. Reporters from national outlets — the Boston Globe, the New York Times — started calling, emailing, and texting my teammates and me. Old high school friends reached out on Facebook.

Though we had told them not to contact us, members of the men’s soccer team slipped handwritten apology letters under our doors.

I thought about the fact the boys had climbed the stairs to my dorm room. I pictured them standing outside the place where I slept.

On Nov. 5, we won the Ivy championship. I cried for the first time since reading The Crimson’s story.

A lot of well-meaning people gave me advice on how to write this.

Write about how it all made you feel. Write about what you learned from the experience. Be honest. Tell your truth.

Don’t be too angry, though. Be real, but be forgiving. Be the bigger person.

I called my coach to say I was leaving the team in July 2017. I explained I wanted to quit for a lot of reasons — for one thing, I wanted to commit more time to The Crimson.

I told myself the scouting reports had nothing to do with my decision to stop playing soccer.

{shortcode-d9cd87fb54ef9ed866860ef3de70d1cd499726c4} Several months had passed. The world — and the news cycle — had moved on. Near the end of the spring 2017 semester, I overheard a group of students in a Harvard dining hall discussing the cancellation. They agreed it was “a bit harsh” and “maybe an overreaction.” Several students said they felt bad for the seniors on the men’s soccer team, robbed of their chance to compete for an Ivy League championship in their last year at Harvard.

Over dinner around the same time, a male friend asked me if I didn’t pity the men’s team — just a little bit?

I told myself I had moved on like everyone else. And I kept moving.

I kept writing for The Crimson. I applied to become the paper’s Managing Editor and won the job. I tried to keep working out. I tried using a stationary bike, then I tried weight lifting, then running.

But the joy I used to find in exercise leached out. Every time I stepped outside in tight-fitting athletic clothes, I became hyper-conscious of my body. I curated a catalogue of faults: my ankles (spindly), my thighs (fleshy), my stomach (protruding), my shoulders (broad and manly).

I found myself constantly wondering whether passersby were watching me run.

I began to go on shorter runs. Then I began to run less often. One day midway through junior year, I stopped running entirely. I started avoiding mirrors. I stopped looking down in the shower. I went on sudden, absurd diets, vowing to alternate fasting with all-vegetable meals — before breaking all my own rules and ordering Falafel Corner to The Crimson at 2 or 3 or 4 a.m. I gained weight.

Some of them had graduated. They appeared to have moved to major cities. They had new jobs, girlfriends.

I remembered how, back in November 2016, some members of the women’s team had wondered whether the scouting reports would affect the men’s post-graduate lives. We asked each other, What will happen to them?

Nobody asked — aloud — what would happen to us.

I have no neat conclusion to offer.

I do have an epilogue: Over the past year, I’ve finally confronted and begun working through the marks the scouting reports left. I signed up to run the Boston Marathon this spring and started running again.

I go on runs every day now. Week by week, I’m able to run faster and longer. Sometimes — feet slapping concrete, knees rising to the beat in my headphones, Boston stretching before me — I forget I have a body.

Other days, though, it’s all I think about.

—Hannah Natanson '19 is the Managing Editor of The Crimson's 145th Guard. 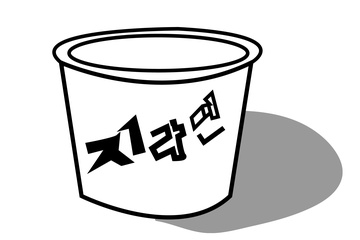 By Minahil A. Khan 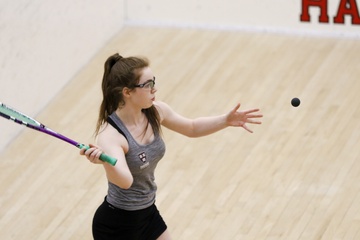 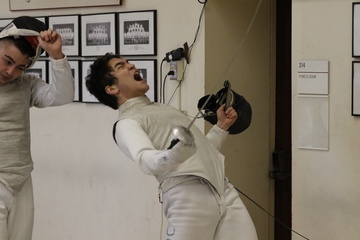 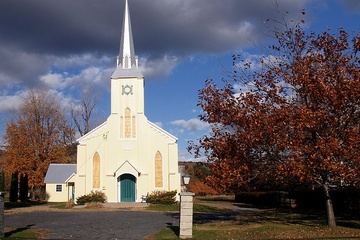 Save a Seat for Me in Hell