My grandmother lost her ring on the dog path yesterday, which is why I’m ferreting through bushes, poking with a stick through dog poop and bits of plastic and one empty condom packet. (Public sex among the retired must be on the rise.)

My grandmother lost her ring on the dog path yesterday, which is why I’m ferreting through bushes, poking with a stick through dog poop and bits of plastic and one empty condom packet. (Public sex among the retired must be on the rise.)

“Get the Keurig cups from the garage!” my grandmother barked earlier today at my grand- father. He trudged slowly toward the door. It was raining outside.

I watched her, 92 and sharper than ice skates, sit on the kitchen stool—the kind which folds out into steps and has a squishy white foam seat that I associate with white sneakers, broaches, and nursing homes. She had told me that the ring, a yellow topaz, belonged to her own grandmother. A 16th birthday gift.

“Do you want me go look?” I asked, as my grandfather breathed heavily down the hall.

“No, he claims he looked!” she said. “Anyway, I want to show you this first.”

On the bedspread covered in dark flowers, we pieced through jewels. There were antique pink-and-white curios, the jade “your grandfather” (not this one, the first one, the one who died) brought back from the war. I learned to test pearls on my teeth. My grandmother held a sapphire ring up to the light, and a wriggling line-legged star appeared in the cloudy blue sea.

“Did I tell you my grandmother gave me that topaz ring?” She looked toward the mirror, at nothing in particular. “For my birthday, my 21st birthday. It felt so special.”

“21st,” she said definitively. She offered me a ring, to keep. “Gold,” she said, though it tastes like plastic and hits the ground with a thwack, not a metallic ring. I think about how losing something makes you cling close to what you have, torments you with the specter of losses to come.

When the rain cleared, I convinced her to let me look for the ring. So now I’m combing the bushes along the dog path, looking for a ring in a tiny Ziploc bag near a trashcan, every so often noticing a tiny shard of broken glass—but no topaz.

The rainclouds are coming in. I concede to probability.

And there, taped to a bench along the path, not a ring but a handwritten note: one long, rambling sentence, pleading, ink running from the rain—one woman who has lived nine long decades, describing exactly where she has lost some worthless bit of metal and stone which she cannot live without, asking for its return.

Long gone, I think. Probably in a dog’s belly. Or on Ebay.

Walking back up the street, I feel, like my grandmother does, as if my hands are no longer enough to hold up the sphere of my world, as if at any moment the sky could come falling down. And then it does, soggy and gray and putrid-smelling, like the wet fur of a dog. 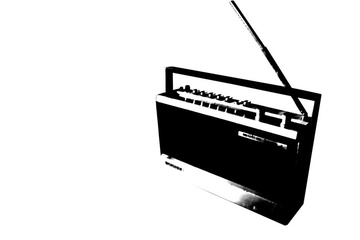 I Want You Not So Far Away From Me

This One’s for My Grandmothers 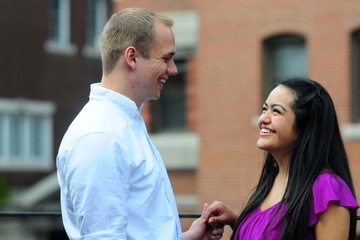 An Evening in Tajikistan