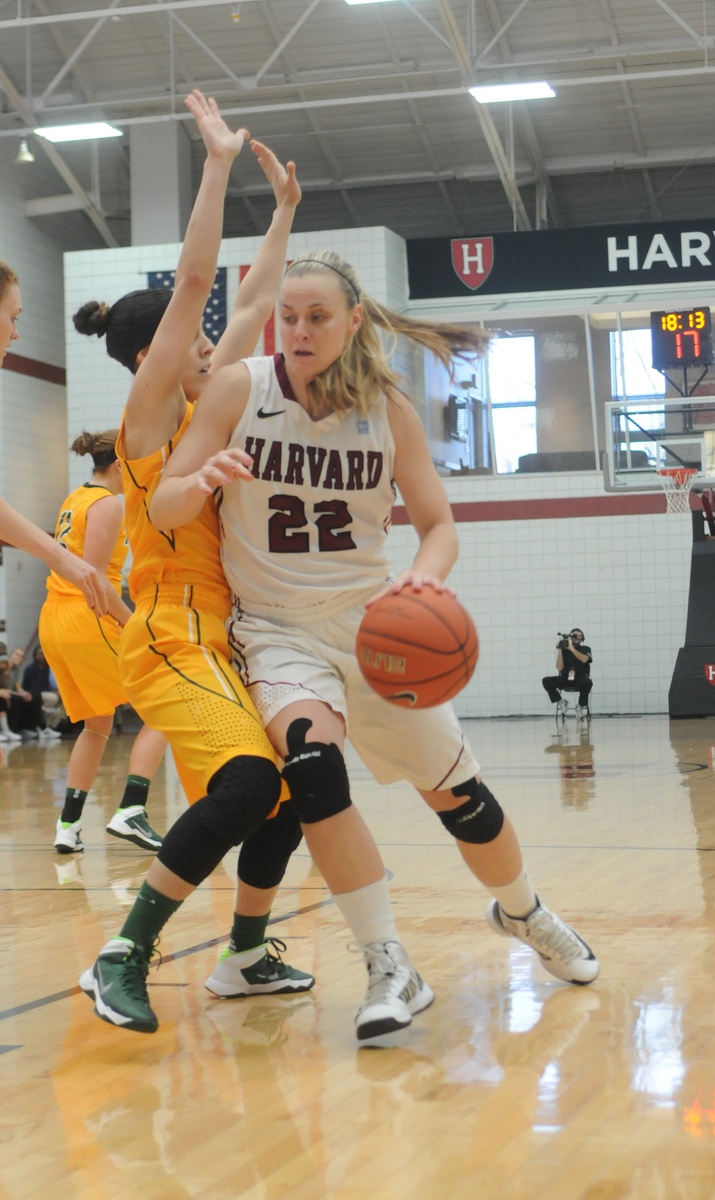 Winless in three trips to Princeton's Jadwin Gymnasium, senior guard Christine Clark will lead the Crimson in her final chance to pick up a win on the Tigers' home court. Harvard will also take on Penn on Saturday.

The Harvard women’s basketball team has been road-tested this year, winning seven of its 11 games away from Lavietes Pavilion on the season.

But the squad will hit the road for possibly the most crucial weekend of the season with a chip on its shoulder, trying to accomplish a goal it hasn’t been able to reach in four years.

The Crimson (12-4, 2-0 Ivy) will look to end a four-game losing streak at Princeton’s Jadwin Gymnasium on Friday in game one of the Killer P road trip.

This annual road swing to Princeton  (10-5, 1-0) and Philadelphia has been particularly difficult for Harvard as of late.

The Crimson came out of last year’s Mid-Atlantic trip with two losses, and squeaked out a four-point win against the Quakers (10-5, 0-1) the year before to salvage a weekend split.

“[Winning on the Tigers’ home court] would be a big milestone for my senior year,” co-captain guard Christine Clark said. “We haven’t been able to win since I’ve been here.”

Harvard hopes to have more success this year at Princeton, as it does not have to face up against graduated guard Niveen Rasheed.

The 6’0” star was unanimously voted the Ivy League Player of the Year in her junior and senior season with the Tigers.

She proved a tough matchup for the Crimson last year, recording a double-double in both contests, including 17 points and 10 rebounds in a 67-51 win at Princeton.

“Niveen was a great player,” Delaney-Smith said. “I thought she was a star who made her teammates better. She was a great leader.”

Even with the loss of Rasheed to graduation, the Tigers still pose a threat to win the Ivy League for the fifth straight year. Junior guard and Boston-area native Blake Dietrick leads the Princeton offense with 15.4 points per contest.

Senior Kristen Helmstetter, who contributed nine points and eight rebounds in last year’s win at home against Harvard, leads the Tigers in assists with 3.6 per game.

“Princeton has worked really hard to fill her shoes and fill in the gaps,” Delaney-Smith said. “I’d be interested to see who’s going to fill those shoes when we play them.”

The Crimson has its own offensive firepower, which it will hope to use to emerge victorious at Princeton for the first time since Jan. 31, 2009.

Clark has averaged 16.4 points per contest on the year, including a team-high 17 in the squad’s last game against Dartmouth. Junior forward Temi Fagbenle also adds an inside presence to the attack, averaging 13.6 points per game and 9.6 rebounds per matchup.