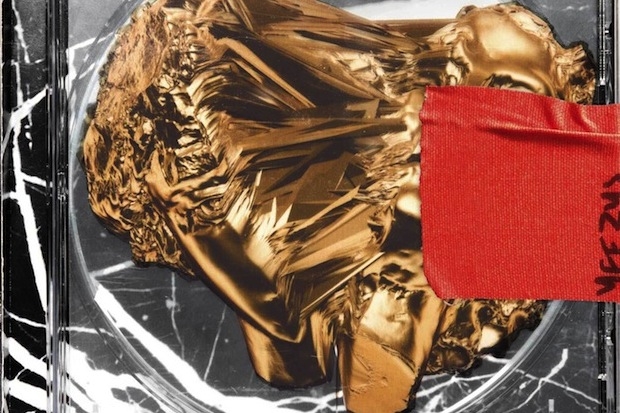 Kanye West has always been, if nothing else, willing to share what is on his mind. Fortunately, for both himself and his fans, he is much more than that. Even West himself, with his deep sense of self-importance, cannot manage to overstate his importance to modern hip-hop. In a recent interview with the New York Times, West described his trendsetting power with the claim, “I am the nucleus.” From anyone else, these words would seem like comedic hyperbole, but West’s demeanor and indeed, his entire body of work are so drenched with his trademark unwavering self-confidence that his singular belief in himself seems right, even necessary. West has always been capable of channeling this charismatic intensity into his music, and his albums demand attention much the way the man himself does.

West’s last solo effort, the tremendous “My Beautiful Dark Twisted Fantasy,” is an album characterized by the lush, gorgeous production that has become almost synonymous with his name. It is a work of immediate beauty, easy to enjoy with its elegant strings and ethereal piano. It is West presenting himself to his audience on a magnificent platter of brilliant soundscapes, hoping for the approval of his fans and critics. His most recent release, “Yeezus,” is completely, violently, angrily different. As the name suggests, “Yeezus” is an unrepentant roar of self-affirmation that soars on West’s fervent belief in himself. Where “Fantasy” was the Rapture, “Yeezus” is the Day of Judgment. The album is Kanye at his finest, raw and unfettered, willing to lash out in every direction to make room for his own aggrandizement.

“Yeezus” opens with “On Sight,” immediately striking a different tone from every other Kanye release to date with sharp stabs of fuzzy synths that create a pointillist beat that would feel more at home in a German house club. It is far from a welcoming introduction. Instead, it feels more like a declaration of indifference to the listener’s sensibilities, and in fact, West challenges the listener outright in the bridge of the track, “How much do I not give a fuck? / Let me show you right now before you give it up.” This abruptly gives way to a brief interlude of a sample of the Holy Name of Mary Choral family singing “He’ll Give Us What We Really Need,” before West plunges back into the harsh environment of synths, courtesy of French robots, Daft Punk, who produced the track. In the very first song of the album, West maps the peaks and valleys of the ride to come, swerving from an assaultive house beat to a classically Kanye choir sample.

In the opening songs of the album, West builds a pounding momentum that he wields deftly to deliver the G.O.O.D. News of West. The first three tracks are utterly foreign territory for veteran West fans, with primal beats and a jagged roughness to the production. “Black Skinhead” leads with a barrage of deep drums and breathy panting, followed by a similarly relentless vocal onslaught from West, punctuated with shrill shrieks. The first half of “New Slaves” begins in a similar fashion, and just as it begins to feel as if West may have settled into the sound of the album, the outro begins. It is a jubilant moment of light shining through all the darkness that West has built up until this point. Strings sing out alongside Frank Ocean, as an “808s & Heartbreak”-era autotuned Kanye croons, “You cannot survive / And I’m not dying / And I can’t lose / I can’t lose.”

One of Kanye’s greatest talents has always been his ear for samples and featured artists, and “Yeezus” is rife with pitch-perfect selections. “Blood On The Leaves” brings together samples from Nina Simone’s tragically beautiful rendition of “Strange Fruit” and the crushingly heavy “R U Ready” by the trap gods TNGHT, creating a gripping combination. The unlikely but fruitful artistic relationship between Kanye and Justin Vernon of Bon Iver which began when West sampled Bon Iver’s “Woods” for “My Beautiful Dark Twisted Fantasy” continues on “Yeezus.” Three songs, “Hold My Liquor,”  “I’m In It,” and  “I Am A God,” benefit from Vernon providing haunting vocals to complement the darkness established through the album’s production. Beyond the novelty value of placing Chief Keef alongside Justin Vernon, West’s penchant for experimentation has always served as an important driving force in the continuing development of mainstream hip-hop.

“Yeezus” ends on a high note after West travels through an inferno and purgatory filled with the low thrum of bass and growl of distortion. “Bound 2” is a fantastic return to form, a triumphant reprise of the Kanye of old. The song is a gleeful ballad, dripping with soul using the charming samples, “Bound to fall in love” followed by a cute “Uh huh honey.” “Bound 2” is Kanye at his most romantic, and he delivers the line “One good girl is worth a thousand bitches,” with a sincerity that most R&B crooners can only aspire to.

This release is just that for West—an unrestrained release of raw emotion. The album’s production is not complex, but it is far from simple, as his handful of well chosen elements are all pushed to the maximum. West occupies a uniquely central position in popular culture, but he has never taken that as a reason to reproduce mainstream music. He has always doggedly pursued the music that he believes in most, and his latest album is fearless in his expression and ruthless in its execution. “Yeezus” is Kanye at his best, boldest, least commercial, and above all, most sincere. West’s truest believer is himself, and really, who can blame him?