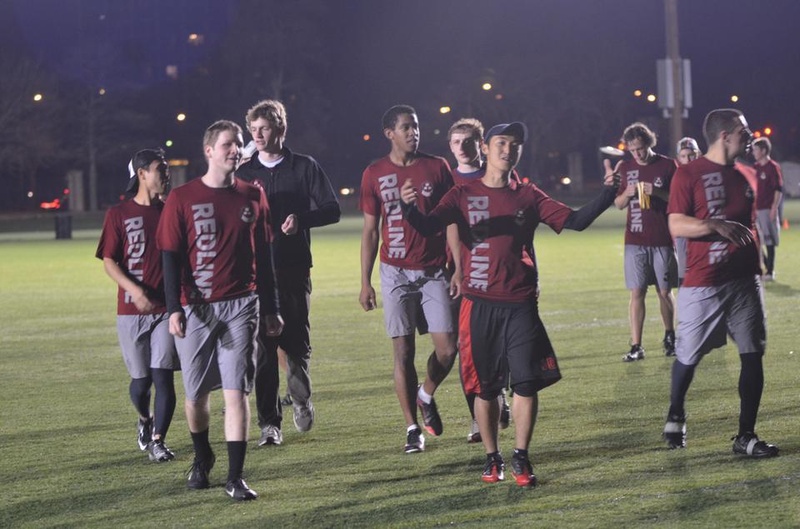 Under the lights and rain, the two teams battled for each point. There was blood, definitely sweat, and even a ripped jersey or two. Players were jumping and sprinting and fighting back any exhaustion that may have started to creep up in the nearly two-hour long game. The sidelines were roaring with each dodge and dive, and the occasional layout catch through the end-zone.

This was not a football game. Nor was it rugby. This was ultimate frisbee, and to most first-time watchers, the electric atmosphere of these games and the intensity on the field may come as a surprise.

For most students at Harvard, it may also be a surprise to learn that there is a team on campus, the nationally ranked Harvard Red Line.

The scene described above was that from the scrimmage last Wednesday night, when Harvard hosted the new professional team, the Boston Whitecaps. The latter is a member of the new Major League Ultimate (MLU), which has its inaugural season starting up this Saturday. Being very competitive, and conveniently local, the Red Line were open to host the pros in what would be their first exposure to game play since their franchise was born

After the worst of the storm passed through, the captains met in the middle. The first “pull” (similar to a kick-off in football) was determined by a coin flip and the teams took their start at each respective end line. With the throw, the action immediately commenced.

“It is a lot like seven on seven football,” said senior Misha Herscu, one of the captains for the Red Line. “Except that everyone is a wide receiver and a quarterback.”

The game was neck-and-neck. Points were shared, going back and forth until finally the Whitecaps pulled ahead to make it 8-6, and didn’t look back. A highlight of the game, which showed just one aspect of the incredible skill that this sport entails, came when a member of the visiting team dove through the end zone for an impressive, “layout” catch. The crowd went wild. After the time for three quarters ran out, the final score was 14-10, Boston.

“Whenever someone who hasn’t seen ultimate before watches a high level college or club team playing, they are always surprised by the speed and general high level of athleticism,” Herscu said. “It is an extremely exciting sport to watch.”

For a first time visitor to an Ultimate game, there is a lot to learn.  Teams will often have cheers that they perform from their sidelines as a tradition of the game. Additionally, the referee system involves observers to step in when the players cannot make the honest call themselves. This reflects the unique nature of the sport, which highlights the integrity that is upheld on the field.  Competitive ultimate is a new phenomenon, and Harvard is ahead of the game.

Starting in the 70s, the Red Line has grown to national acclaim, currently on the road to the final tournament, sitting as No. 12 in USA Ultimate Rankings. The 24 , crimson-clad players are led by coach Michael MacKenzie, and have upset top-ranked teams like Tufts, Arizona and Michigan this season.

The dream to start a new professional league came from a club team owner in Philadelphia, Jeff Snader. As the founder of MLU, he pulled together enough interest to get two divisions and one league for professional Ultimate.

“Those of us who gathered together to start this league know that ultimate is played by too many amazing athletes, features too many dramatic moments and produces too many incredible highlights to find itself on the sideline of spectator sports,” according to its website.

Jeff Graham is the captain for Boston Whitecaps and former coach for the Harvard Red Line. He started playing Ultimate his senior year in high school, when a few friends who just finished their first year in college showed him the popular, new sport that was spreading on their respective campuses.

After four competitive years of Ultimate at UMass Amherst, Graham went on to start a high school program with a friend in Hillsboro, ME, before coaching at Harvard. He returned the favor of spreading the sport to younger ages, as it was given to him, years later.

After dabbling in the amateur club level and devoting his weekends in the summer to tournaments, the opportunity for professionalism presented itself.

Harvard Track and Field Teams with Yale to Defeat Oxford-Cambridge