From Harvard to Harbowl

After an All-Ivy career at Harvard and a 15-year career in the NFL, center Matt Birk '98 finally gets his chance to play on football’s biggest stage 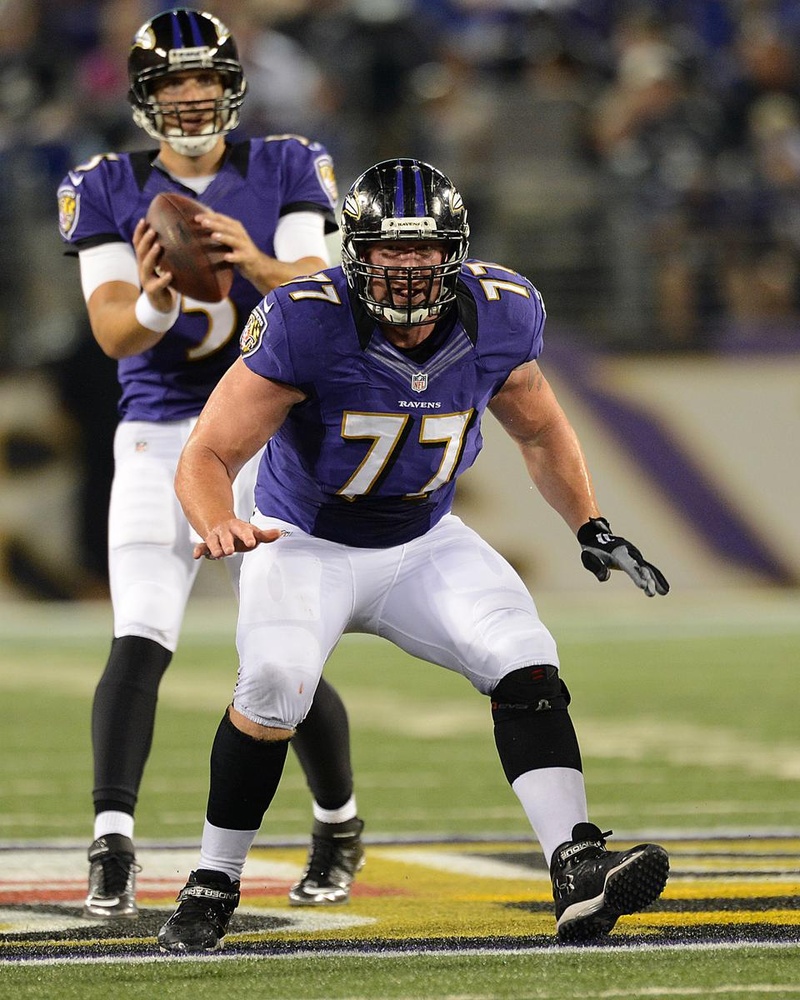 Courtesy of Phil Hoffman and the Baltimore Ravens

Although he has retired from playing football, Matt Birk '87 will not be leaving the sport altogether. The NFL announced July 10th that the former Ravens center has been named the Director of Football Development.

That’s the amount of time between the day Matt Birk ’98 first stepped on a collegiate field as a starter and the day he will do so in the game that marks the pinnacle of his sport.

The first of those events, which occurred on September 21, 1996, did not go as Birk would have hoped. Led by senior defensive end Marcellus Wiley, who had a key fourth-quarter field goal block, Columbia earned a 20-13 overtime win over Harvard at Robert K. Kraft Field, where the Crimson had previously been unbeaten for 26 years.

Wiley would go on to a ten-year career in the NFL and was an All-Pro in 2001. But despite the end’s triumph on that warm fall day, the man tasked with blocking him would go on to have an even more successful career over the subsequent 17 years.

His journey to that point was as unlikely as it is unprecedented.

Birk attended Cretin-Derham High School in St. Paul, Minnesota, where he starred in track and field, football, and basketball, achieving All-State honors in the latter two. His 3.8 GPA also earned him Academic All-State recognition, and his score of 34 on the ACT helped him gain admission to Harvard.

“He was one of my first recruits in our first recruiting class in 1994,” Harvard head coach Tim Murphy recalled. “Because I had been hired late in the recruiting season, we were just scrambling to find out about Matt. I knew he had interest in top academic schools.”

The lineman arrived in college in September of that year but remained raw during his freshman season.

“He wasn’t one of those guys that came to Harvard with NFL ability,” Murphy said.

Slowly but surely, that began to change. After earning sparse playing time as a sophomore backup, Murphy named Birk his starting left tackle before the 1996 campaign. In his first year in the lineup, the undersized economics major had his struggles. But when he came back for his senior season, Birk was a completely different player, physically and talent-wise.

“He started his junior year, had a rocky year, and was probably 6’5”, 275 [pounds],” teammate and blockmate Colby Skelton ’98 told the Crimson last year. “He came back his senior year at 300 pounds and dominated—simply dominated.”

With the senior anchoring the left side of the offensive line, Harvard went undefeated in conference play and finished 9-1 overall.