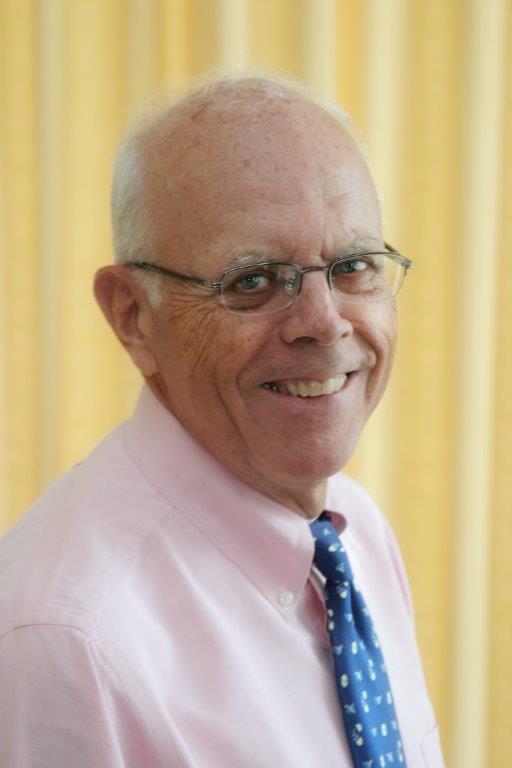 Jack Reardon ’60 announced last week that he will step down from his position as Harvard Alumni Association executive director next year.

Scores of veteran Harvard affiliates are celebrating the long career of John P. “Jack” Reardon ’60 after Reardon announced last week that he will step down next year from the executive directorship of the Harvard Alumni Association. Reardon said on Friday that he will remain active with University fundraising and other projects, including working with the Harvard Board of Overseers and on Ivy League athletic policy.

“It is rare for a single person to transform an institution as much as Jack Reardon has transformed Harvard,” University President Drew G. Faust said in a statement on Friday, calling Reardon “an invaluable advisor” and praising his “admirable combination of humility and humor.” Speaking with The Crimson on Thursday, former University presidents Lawrence H. Summers, Neil L. Rudenstine, and Derek C. Bok all echoed Faust, calling Reardon a close and trusted advisor.

The HAA is only the most recent post in Reardon’s long career at Harvard, which began in 1956 when Reardon matriculated at the College, eventually working out of Kirkland House and earning a degree in government. After earning an MBA at the University of Pennsylvania and working at the Boston Redevelopment Authority, Reardon returned to Harvard in 1965, accepting a position at the college’s admissions office, through which he would eventually assume the role of director of admissions.

“I thought I would really love [the job] because I did so believe in the place, and I thought ‘if I don’t take it, I’ll make just enough money so I’ll never do it,’” Reardon remembered in an interview on Thursday. “I took it and I’ve never been unhappy for a minute.”

While at the admissions office, Reardon served as a proctor and then as Kirkland’s Allston Burr Senior Tutor—the precursor to the Resident Dean position—and also worked in the Harvard development office. In 1978, he moved across the river and became Harvard’s fifth athletic director.

As athletic director, Reardon is widely credited with spearheading major advances in Harvard’s womens athletic teams. Bok saw him as a trailblazer for the entire program, ushering Harvard’s athletic facilities out of an era of embarrassing disrepair.

“I remember sitting in a barber’s chair reading Sports Illustrated, and the article said the two universities with the worst, most dilapidated athletic facilities in the country were Harvard and East Maryland Shores,” Bok remembered on Friday, explaining how Reardon oversaw massive renovations of Harvard’s facilities and the program in general.

“Jack’s more responsible for [the turnaround] than any other single human being,” Bok said. “In that and in so many other ways he’s just helped the University progress and flourish.”

When Reardon left the athletic department in 1990, having added at least a dozen sports to the women’s program, he headed for the HAA. He also began to more closely advise Harvard’s leaders, beginning with Bok, and to take a leading role in the University’s fundraising efforts.

“Jack was able to generate the kind of enthusiasm in the alumni association with his typical kind of warmth that I think proved to be absolutely essential to the success of the drive,” recalled Rudenstine, who led a campaign that raised $2.6 billion during his presidency, outpacing an original goal of $2.1 billion. “Who knows if we would have succeeded otherwise, but it would have been much harder.”

Both as a fundraiser and as head of the HAA—roles that often work in tandem—past colleagues said that Reardon has taken advantage of his deep connections to myriad disparate elements of the University, many of which he forged earlier in his career as, at different points, a tutor, an admissions officer, and a recruiter.

“We live within an institution where specialization and compartmentalization is often valued above all else,” said Timothy P. McCarthy ’93, the secretary of the HAA and a lecturer on History and Literature and on Public Policy.

“Somebody like Jack, who builds bridges and connects people across various boundaries, is not only rare but essential.”

Moving forward, Reardon was quick to point out that he is not retiring, but stressed that he felt the time was right to leave behind the management responsibilities of the HAA’s executive directorship.

“It makes me feel good that I’m still going to be around,” he said. “I’m 75 years old...I’d rather be moving out of [the HAA] at my own speed rather than having people think ‘when in the hell is he going to get out of here.’”

Those who he has so closely advised over the years have tended to agree.

“Jack has done more to make Harvard into a big family than anyone,” Summers said. “I’m not sure Harvard will see Jack’s like again.”

The Making of a Harvard Feeder School