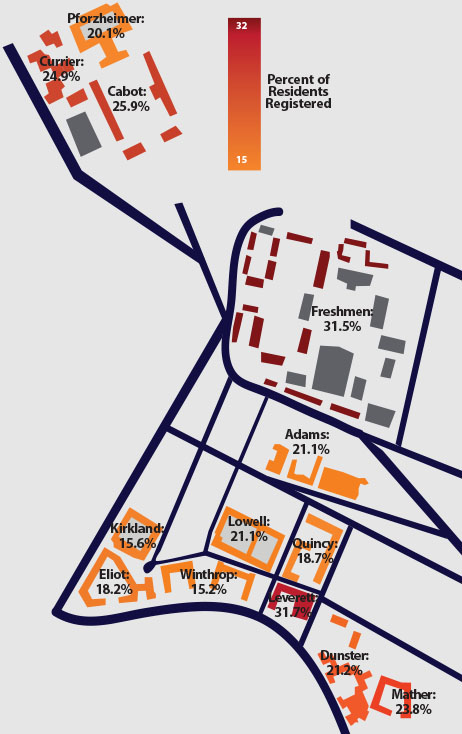 In the fall of 2012 Valentina Perez ’15 found herself working in Mather dining hall to ensure that students were registered to vote and that they were aware of the different ways their votes would count in their home state versus in Massachusetts. To some, she suggested voting in their home states because of the importance their votes could have in the presidential election. To others, she recommended registering in Cambridge, in large part because of the hotly contested race going on between then-Senator Scott Brown and current-Senator Elizabeth Warren.

Her work was part of an initiative by the Institute of Politics to maximize the number of registered Harvard students and make it easier for students to vote, which included collecting sealed absentee ballots and mailing them appropriately.

“A lot of people at Harvard are...busy,” Perez told The Crimson Saturday, adding that the bureaucratic obstacles to voting were, in her view, a large factor keeping students from submitting ballots. “A lot of what we did in H-Vote was saying, ‘Okay, the IOP can stamp your envelope…. A lot of what we did was to try to reduce the hassle.”

Now, a year later, Cambridge City Council candidate Logan E. Leslie ’16 is trying to mobilize the Harvard vote on the municipal level. Though the Harvard sophomore says that he is focusing on putting together a broad base of support across the city, many of his efforts have been focused on easing the process of voter registration in Cambridge for Harvard students and motivating Cambridge’s student population, which has historically been indifferent to municipal elections, to head to the polls on Tuesday.

Leslie’s campaign could benefit from the recent increase in the number of Harvard students registered in Cambridge, which followed from last year’s efforts to register students for the 2012 presidential and senatorial races. But some question whether he can successfully maintain student interest in such a small-scale race. 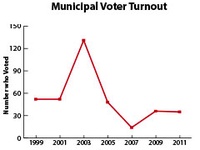 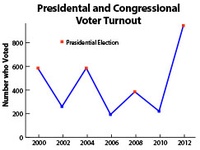 “It’s just not as exciting a race as a presidential or senatorial,” said Daniel Ki ’15, director of campaigns for the Harvard College Democrats. “I think awareness is the initial issue, but now it’s a question of getting people excited enough to take the 10 minutes they need to get out and vote.”

Logan Leslie is not the first candidate to attempt to bring the student voice to Cambridge City Council elections. In 2003, Matthew DeBergalis, an engineer with a Master’s degree in Computer Science from MIT, attempted to mobilize Cambridge’s student population around a campaign platform that promised better late-night transportation, the preservation of local nightclubs, and licenses that would allow businesses to stay open later.

DeBergalis won the endorsement of The Harvard Crimson’s editorial board. He said at the time that he had registered 800 students from Harvard and MIT and that 400 of those university students had pledged him their votes. In the time since then, an average of 33 people registered in Harvard dorms have voted in municipal elections each cycle, according to data from the City of Cambridge.

But when DeBergalis ran in 2003, 131 dorm residents turned out to vote in the City Council elections.

According to local political analyst Robert Winters, DeBergalis actually won enough votes to place him eighth in the first round of voting. But, because of a lack of broad-based support and Cambridge’s system of proportional representation, he came in 10th place in his attempt to win a seat on the nine-person Council.

“You still have to get transfer votes from other candidates...and no one else knew him,” Winters said. “So he just sat there while other candidates walked right by him.”

In an interview with The Crimson last month, Leslie said that he was not relying on the student vote for his election.

“You can’t count on any vote—I’m not counting on the student vote,” Leslie said. “I expect to have a strong student response, but I’m not basing my entire campaign on students.”

In addition to creating a student advisory committee, Leslie has proposed reforming zoning ordinances and licensing distribution in the city. Leslie has said that he hopes to preserve Harvard Square’s mom-and-pop stores while easing the process of opening new businesses in the city.

Boston Archbishop Speaks at St. Paul for All Saint's Day