Lester Brown: "I’m often asked, am I an optimist or a pessimist? I like to think I’m a realist. We’re going to have to move very fast if we want to prevent climate change from spiraling out of control."

In late October, FM sat down with environmentalist Lester Brown, who was at Harvard to give several talks on sustainability. The author of more than 50 environmental books, including “World on the Edge” and “Full Planet, Empty Plates,” Brown has been a vocal advocate for environmental sustainability, even going so far as to call for “war-time mobilization” in order to save the planet. He has received many honors for his scientific work, including a MacArthur Fellowship and the United Nations’ Environmental Prize.

Realizing our shared New Jersey lineage, I start off by asking him about his birthplace.

1. Fifteen Minutes: Has your childhood in New Jersey in any way shaped who you are now and what you do?

Lester Brown: I think the entrepreneurial instincts sort of surfaced really, for me. My younger brother and I enjoyed putting together a tomato growing operation while we were in school. The last year we farmed, we had 70 acres, or 280,000 tomato plants. Tomatoes are a really neat thing to grow since they’re so productive and responsive. But they also fit pretty well in the academic year.

2. FM: So I take it you were pretty successful with that?

LB: At the end of the first year, we had enough money to make a down payment on a new tractor. I thought my brother should buy the tractor, so at age 14 he went to the local farm equipment dealer and explained that he wanted to buy a tractor. He was a kid.

LB: The working title of my next book is “Last Chance.” It will be looking at some more encouraging things happening in the world. [For example,] in the United States, we had 540 coal plants or something, and 150 of them are recently closed or slated to close. The Sierra Club [a conservation group] is playing the coordinator role there and providing leadership. Their goal is to close every coal plant in the United States, and I think they are going to succeed.

4. FM: So you’re looking at a more optimistic turn for the future?

LB: I’m often asked, am I an optimist or a pessimist? I like to think I’m a realist. We’re going to have to move very fast if we want to prevent climate change from spiraling out of control. The exciting thing is, we’re beginning to see maybe how that could happen. If we succeed in closing all the coal plants in the US, it would be a major step in that direction. We haven’t won this game yet, but we’ve gotten a couple of touchdowns.

5. FM: In your opinion, what are the greatest threats to agriculture today?

LB: One is obviously climate change. Fifty or 60 years ago, if we had a severe drought or heat wave, it didn’t worry us too much because we knew that next year things would go back to normal. But now there’s no norm to go back to—the climate system is in a state of flux. The agricultural system that we have today is designed to maximize production within a climate system that has existed over the past several thousand years. Now suddenly, we don’t know exactly what’s going to happen in the future. We do know that we need to get the brakes on as quickly as possible.

6. FM: For global warming you estimate a six-degree Celsius increase in global temperatures, which is much higher than the predictions of most other scientists. How can you explain the difference?

LB: There are some scientists that think that the temperature will go up 6 degrees by the end of the century. How likely that is we don’t know—I mean, no one really knows for sure about these things. We have climate models that we use to give us some sense. It doesn’t take much of a rise to upset the agricultural process. The rule of thumb is that for each rise one-degree rise in Celsius temperature, we can expect a 10 percent decline in grain yields. So it makes it more difficult to expand production, particularly when it comes at a time when water shortages are everywhere.

7. FM: You don’t think that we can continue to raise our grain yields?

LB: Well, the world grain harvest has tripled since 1950, almost entirely because we’ve been raising yields. The problem with that is that in the more agriculturally advanced countries, there aren’t many more things we can do to raise yields. For about 40 percent of the world’s grain harvest, we are pushing against a glass ceiling that’s imposed by the limits of photosynthesis. We’ve removed the moisture constraints and removed the nutrient constraints, but photosynthesis is the ultimate constraint.

8. FM: The backbone of your plan for environmental improvement, which you call Plan B, is wind power. How would you respond to people who say the amount of harnessable wind energy is simply too limited?

LB: How much wind energy there is depends a lot on the location and the size of the turbines. There are now three states in northern Germany that already get between 40 and 50 percent of their energy from wind. Denmark is 25 percent. [Even] China is beginning to get really serious about wind. They’re planning seven wind mega-complexes, at least 20,000 megawatts each—think 20 nuclear power plants each. The largest of these is planned for Inner Mongolia, and when it’s completed, it will have 38,000 MW of generating capacity. To put that in perspective, it’s enough electricity to run Poland. These are huge, and I don’t think the Chinese would be making this investment if they didn’t think it was [profitable].

9. FM: Do you think there are economic advantages to this sustainable energy?

LB: The overwhelming [advantage] is stabilizing climate. You could ask another question, the cost of not stabilizing environment and not restructuring the energy system. I think it may be unbearable.

LB: The costs of climate change can be huge. It depends a bit on your time horizon, but rising sea levels would wreak havoc with a lot of the world’s major cities: London, Miami, Tokyo. A rising sea level would seriously damage, if not destroy, rice-growing river deltas in Asia. In Bangladesh, they estimate that a one-meter rise in sea level would eliminate half its grain harvest, and that’s just one example where they’ve actually done the calculations. That’s a country with 180 million people. What Bangladesh needs is more grain, not less.

11. FM: In terms of population growth, you mentioned the sort of demographic bonus that happens when countries stop growing and reach sustainable population growth. Could you explain that a little?

LB: There are two dependent segments of society. One of those is older people and the other is younger people. If you hit the brakes on population growth, then suddenly the dependencies on the lower end of the population age spectrum will lessen. When that happens, there’s a chance for the work force, which becomes larger relative to the dependent populations, to make unusually rapid progress in raising living standards. And that is what is often referred to as the “economic bonus.” Japan did it after World War II, for example.

LB: What I would do, and what some countries are talking about, is raise the age of retirement. Because the age of retirement we have today was set 50 years ago, when life expectancy was several years less than it is today. And if we want to be living so much longer, it means we’re healthier and can probably work longer

LB: I think you have to make it optional, so that people can decide. It varies with individuals. At 65, some people are ready to retire; others are not. I think you need flexibility in the system, and one can design that system. I am well past 65 now, and the idea of retiring is [unthinkable]. I guess it’s partly the type of work I do. If I were a bricklayer maybe I would have thrown in the towel a long time ago. I think flexibility is the key.

14. FM: You’ve compared today’s civilization to a collapsed Mesopotamian empire and referred to Mexican migrants as environmental refugees. Is it possible that things aren’t quite as bleak as your language suggests?

LB: I think we’re at a place where if we don’t take some major, and in many ways unprecedented, actions, that civilization will not withstand the stresses that we’re building.

15. FM: Is there anything else you want people to know?

LB: I think we are on the edge of some major shifts in thinking. At one time getting a car was part of being somebody, but in our highly urban society people don’t even know if you have a car, much less how many horsepower it has. We now have bike lanes and bike parking racks and so forth. Worldwide, there are about 500 cities with bike sharing programs. We’re seeing some intelligent social shifts. In turn, this will set the pattern for other societies, because the world basically wants to live like America. And suddenly you see that Americans aren’t living like Americans used to live anymore. 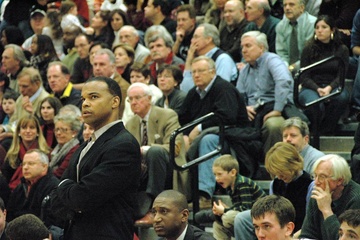 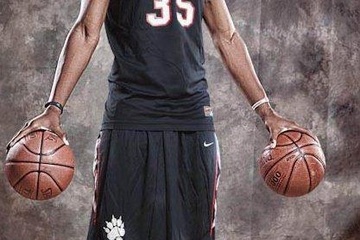 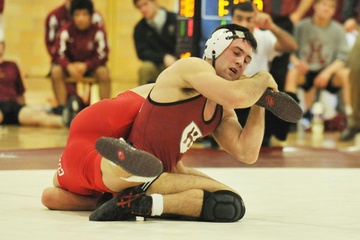