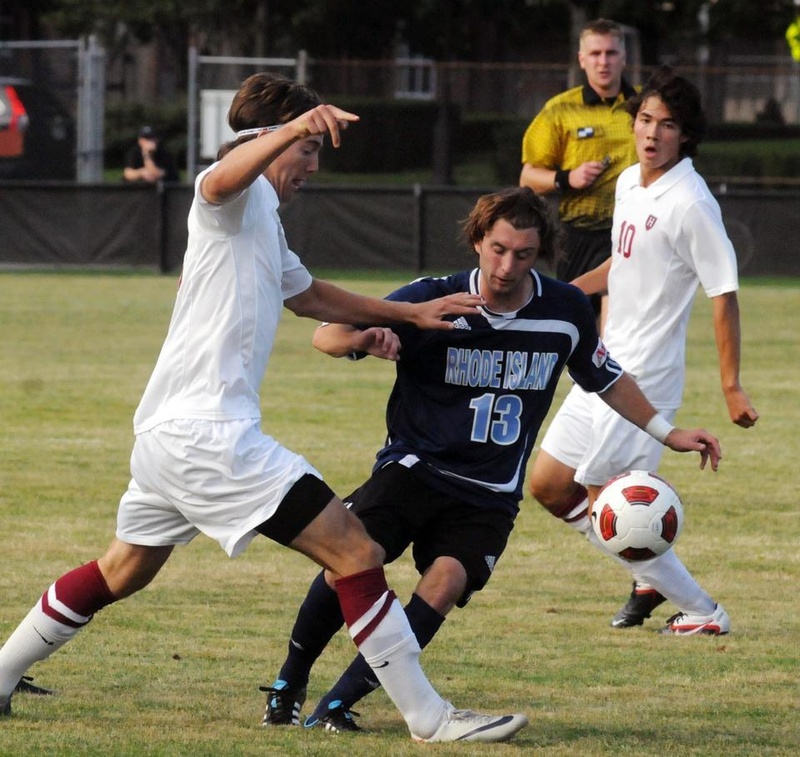 Junior forward Brian Rogers, shown above in earlier action, and the Harvard offense have not scored in the past three games and have mustered only three goals in seven games. In a weekend trip to California, the Crimson fell to Stanford before engaging in a scoreless draw with Santa Clara.

It was a busy weekend for the Harvard men’s soccer team as a pair of teams in California gave the Crimson a whole lot of trouble. Harvard (2-4-1) fell to Stanford Friday night, 1-0, before escaping Santa Clara Sunday with a scoreless draw, despite being outshot by a three-to-one margin by the No. 25 Broncos. The team was unable to be reached for comment after Sunday’s draw.

Looking to shake off Friday’s loss to Stanford, Harvard came into its Sunday evening game against Santa Clara (4-1-3) hoping to end its trip to California on a high note and finally put to bed its issues on the offensive side of the pitch. But when the dust settled in Buck Shaw Stadium, the Crimson came away flat and with more questions heading into Ivy League play next week.

Despite being outshot by the Broncos, 18-6, and giving up 13 corner kicks, the game went scoreless even after two overtime periods.

Throughout regulation play, Santa Clara dictated the pace of the game by dominating ball possession and keeping the Crimson firmly in its defensive end of the pitch. Despite the Broncos control of the game, junior Crimson goalkeeper Brett Conrad was hard to beat.

Though Santa Clara fired 15 shots— compared to the Crimson’s one—in regulation time and also managed to put several quality shots on goal, Conrad was there every time to reject them.

Conrad’s highlight-reel moments at net came in the 32nd minute, when he first denied Broncos midfielder Harrison Hanley at point-blank range. Seconds later, the junior made an incredible diving stab to rob defender Welsey Culver of another great goal-scoring chance.

Conrad’s most important save of the game came late in the second half with less than three minutes to play, when a free kick by Broncos Brandon Zimmerman flew towards the net. Conrad made the save to preserve the draw and send the match into overtime.

During both overtime sessions, Harvard finally came to life offensively and threatened to steal the game away from the Broncos. Unfortunately for the Crimson, the reoccuring trend of being unable to finish reared its ugly head once again and prevented Harvard from capturing what would have been a storybook finish against a dominant Santa Clara side.

In the 99th minute, co-captain Scott Prozeller had the first of many great scoring chances for Harvard. The forward found some open space in front of net and took a well placed shot at net, but Santa Clara goalkeeper Kevin Klasila snatched the ball from the air as time expired in the first overtime, leaving Prozeller with a look of frustration on his face.

In the second overtime, the Crimson once again seemed destined to score with each of its offensive chances, but the visiting team was unable to capitalize on its opportunities.

In the 103rd minute, junior forward Zack Wolfenzon had a chance for a game-winning goal, when a cross found the forward only a few yards from goal. Wolfenzon made contact with his head, but the header shot went directly into the waiting hands of the Broncos goalkeeper.

Wolfenzon nearly redeemed himself two minutes later when he fired a shot on target, but Klasila made the save to end the match as a draw.

Lim Leads Crimson to Another Tourney Win on the Road