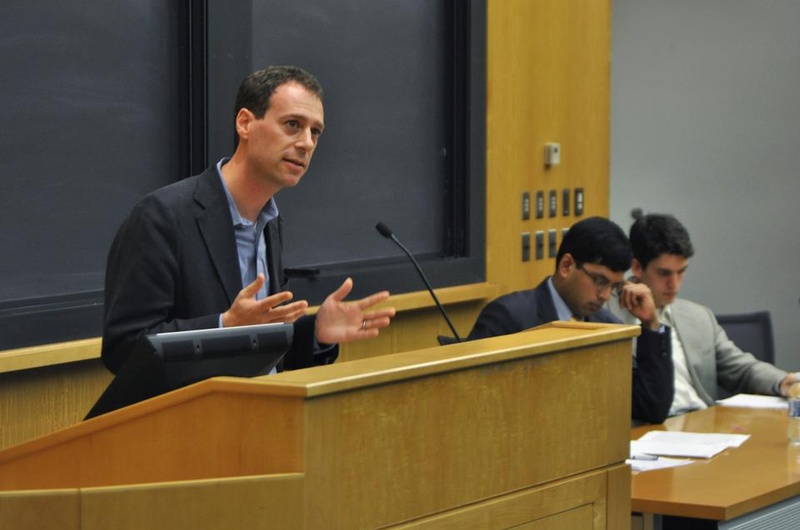 Yale Professor Bryan Garsten gives the keynote address, “Being Represented,” at the Graduate Conference in Political Theory on Friday afternoon at the Center for Government and International Studies.

“The way political theory works is by conversation and collegial critique,” said Jonathan R. Bruno, an organizer of the event. “For most of us, it’s essential to discuss work in progress with our colleagues across the discipline.”

Yale Professor of Political Science Bryan D. Garsten ’96, who also graduated from GSAS, gave a keynote address in which he presented his paper “Being Represented.” He discussed the idea of “being represented,” a political state of being conceived by French and American post-revolutionary liberals as a true alternative to the classical categories of ‘ruling’ and ‘being ruled.”

“I thought that it [the keynote] was historically very rich and also a very interesting and provocative way of thinking about the claims, problems and experience of political democracy,” said GSAS student Joshua L. Cherniss.

Jonathan R. Bruno, one of the conference’s organizers, estimated about 40 or more people were in attendance on Friday.

The first Harvard Graduate Conference in Political Theory was held in 2007. The original idea for the event came from Professor of Government Michael E. Rosen, who knew of a graduate philosophical conference at Oxford, according to Cherniss.