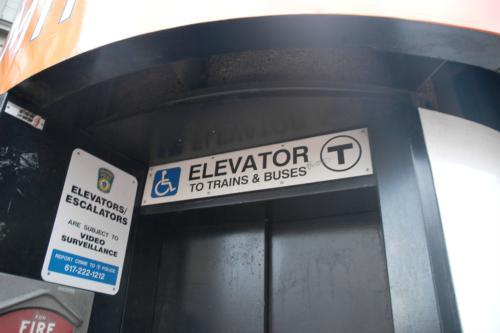 A new elevator for the Harvard Square T Station is a part of a $310 million settlement reached by the MBTA and Greater Boston Legal Services, which represented a group of plaintiffs seeking better access to public transportation.

The Massachusetts Bay Transportation Authority agreed to spend $310 million over the next five years improving public transportation access at sites including the Harvard Square T stop, according to a settlement announced Monday.

Changes to the local T stop include the addition of a new elevator and the replacement of the current elevator, Greater Boston Legal Services Senior Attorney Taramattie Doucette said.

The settlement, filed in 2002 by GBLS, represented 10 plaintiffs with various disabilities. The plaintiffs cited personal experiences as proof that there was an imminent need for improvement in public transportation.

Plaintiff Joan Golden of Medford, Mass., who uses a wheelchair, said she sustained a serious injury when a lift she was on came out from under her. Despite the experience, “I never realized how serious and deplorable the situation was until I became a plaintiff and I learned more,” she said.

Under the agreement, the MBTA will also replace unreliable wheelchair lifts, train MBTA employees to aid the disabled with feedback from handicapped riders themselves, and create the position of assistant general manager for accessibility. The settlement also stipulates that the MBTA cover all or a portion of the plaintiffs’ legal fees, which remain undisclosed, The Boston Globe reported earlier this week.

According to Doucette, the plaintiffs will not be receiving any compensatory damages from the suit.

Doucette said she was happy with the outcome. “I am very pleased with the settlement because I believe that this agreement will accomplish the goals of our clients,” she said yesterday. “All they wanted and deserved was safe, reliable, and accessible public transportation services.”

Joseph A. Ford ’06, a Currier House resident with cerebral palsy, agreed that changes to the local T stop were necessary.

After a malfunctioning elevator in the Harvard Square T stop actually broke down, Ford said he was left stranded in the station while he waited for a repairman.

“I think it looks like a good settlement, but it’s too bad that they didn’t take these actions before they were sued,” Ford said.

MBTA Chief of Staff Rob DiAdamo said the MBTA was also satisfied. “We worked closely with the plaintiffs to develop a solution that we think will improve access for the plaintiffs in the disabled community, but we also believe that the improvements are going to benefit all our customers.”

He acknowledged that “if you could rewind, it would have been better to deal with these new things without dealing with protracted litigation.”

The addition of a new elevator to Harvard Square is crucial, said DiAdamo, because “the elevator that we have today probably isn’t sufficient to meet the demand.”

DiAdamo said that improvements to the Harvard Square T stop were a priority to the plaintiffs.

Getting the case together was a long and arduous task, according to Doucette.

Aside from reviewing 14 million maintenance records and 6,000 pages of MBTA documents, she and her firm hired “experts to do an undercover review of bus services” and “had the film crew document just randomly these people trying to board the green line and we were able to show how poor that service was,” Doucette said.

Golden said that her role as a plaintiff had been a positive one.

“If being part of this is going to make things better for everyone, I’m happy to have just been there,” Golden said.