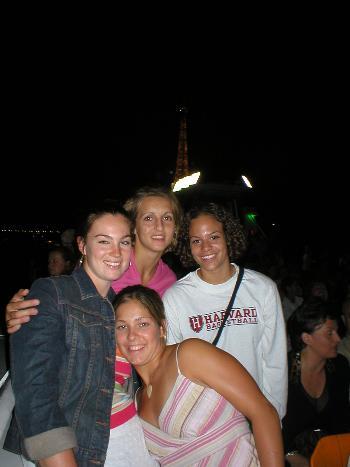 The Harvard basketball players gained sightseeing time as they forgot to bring basketballs for practice.

The Harvard women’s basketball team completed its Tour de France with a Tour de Force, posting an impressive 6-0 record against professional teams in the area.

The Crimson spent the waning days of August—from August 15-28—playing two Division I clubs in Paris, Lyon and Switzerland, as the European teams prepared to start the season.

As per NCAA regulations, Harvard can only make a European trip every four years, but the Crimson has not been able to go in recent years due to a school-imposed moratorium for fund-raising.

After that suspension was lifted, Harvard coach Kathy Delaney-Smith felt that this year would be the best use of the opportunity because the Crimson returns all but one player—former captain Kate Ides ’03—from last year’s Ivy championship squad.

“When I started in 1982, [I chose to take the team to Europe] because it really helps,” Delaney-Smith said. “It’s clearly a result of playing together and creating this bond because you’re traveling in a foreign country.” 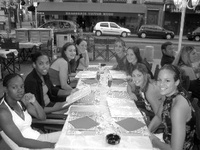 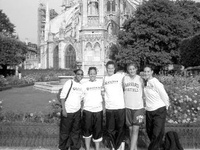 The trip was funded through donations from friends, family and alumni, as well as money raised during a phonathon last year. Each player also contributed 500 dollars, except the incoming freshmen who did not attend.

Harvard had ample time to go sightseeing and shopping, especially because the team did not have to worry about practicing. The coaches accidentally forgot to bring extra balls, so the only time the team spent playing basketball was during its games.

However, the Crimson was still able to dominate even without practice, aside from the five days they spent training at Harvard beforehand, and without junior center Reka Cserny.

Cserny was only able to join Harvard for a few days because she was playing in the European Championships with the Hungarian national team.

“We had some big wins without Reka which, again, is wonderful for this team to know that—God forbid that we have to have any regular-season games without her—we’re capable, we’re deep enough, we’re strong enough to handle some injuries,” Delaney-Smith said.

The Crimson was able to adjust when men’s basketballs were used instead of women’s and gained a lot of experience by competing against older players, whose ages ranged from 18 to 32.

“There were a few games that we did not play as well as we could have, but that was part of the learning experience, too,” said co-captain Hana Peljto.

The trip gave Delaney-Smith an opportunity to try out various combinations of players, and all of the women shared time on the court.

Delaney-Smith also noted that Peljto, who has the potential to play professional basketball, was able to make important connections in France. The games gave her exposure that will be help her find contacts if she decides to pursue a professional career.