Experienced back court capable of delivering the knock-out punch 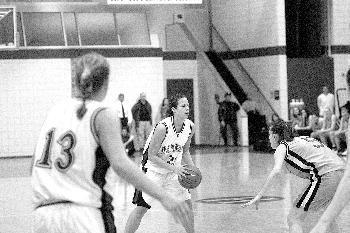 Junior guard ROCHELLE BELL has suffered chronic ankle injuries and a recent hamstring strain, but should return in time for this weekend.

When talking about the Harvard women’s basketball front court, an exclamation point is often used.

While such punctuation is not regularly employed when talking about the team’s back court, neither is its crooked cousin.

“I don’t have any question marks about the back court,” said Harvard coach Kathy Delaney-Smith.

If the Crimson hopes to reach great heights this season, its ascent will surely be built on the solid foundation that the back court will provide.

With all but one guard back from the team that captured the Ivy crown in 2002 and earned a berth in the NCAA Tournament, bigger and better things certainly seem imminent. 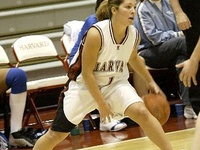 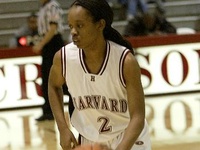 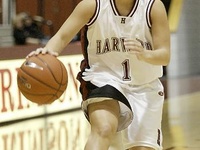 It is therefore no wonder that Delaney-Smith confessed, “I love this back court.”

With such depth and skill at each guard position, Delaney-Smith has good reason to lavish praise upon the unit.

“The off guards, working with [the] point guards, make it very hard to defend us,” junior Katie Murphy said. “Whatever two guards are playing, they make a way for the offense to gel, using their different strengths.”

In the backcourt, Delaney-Smith has a triumvirate of potential starting guards at her disposal.

Senior Bev Moore started the last 16 games of 2002-03, ending her season with a 14-point game in the NCAA Tournament game against Kansas State.

“Bev is fabulous and ended last year with an incredible performance at Kansas,” Delaney-Smith said.

The diminutive (5’2) Louisiana Tech transfer averaged 8.0 ppg and 2.1 assists per game last year, but her most noteworthy statistic is a scintillating .429 three-point percentage.

Murphy calls Moore “one of the best three-point shooters in the country,” and the statistics back her up.

On the basis of percentage, Moore would have been ranked 16th in the country, but she did not take enough shots to be officially ranked by the NCAA.

This season, that may change.