Reka Cserny's appetite for basketball extends to the summer 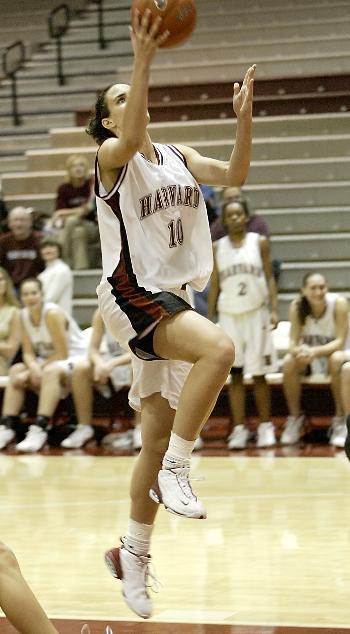 While the rest of women’s basketball team was together touring France this summer, Reka Cserny was conspicuously absent.

Cserny was playing with the Hungarian National Team. It was her sixth year playing with a national squad but her first on the women’s senior team in the European Championship. Previously, Cserny had played for teams based on her age group (under-20, under-18, etc.), but this summer’s team was the real thing.

“There were a lot of WNBA players in the league as well as some of the top players from club teams in Europe,” said the junior center from Budapest, who averaged 14.7 points and six rebounds per game last season. “They are taller, stronger and faster than an average Ivy League player.”

Cserny was invited to play by the head coach of the Hungarian team, which finished 10th overall in the summer tournament. She played a total of 18 games in August and September, practicing twice a day in early August and then playing tournament games in Hungary, Greece and France. 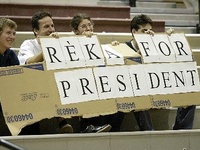 While Cserny matched up against professional players such as 6’5 Elana Baranova from Russia and 7’2 Margo Dydek of Poland, she still prefers the collegiate level.

“They don’t enjoy playing as much as we do in the Ivy League,” Cserny said. “I missed the atmosphere a lot.”

However, Cserny enjoyed her summer tour and is considering either returning to Hungary or moving to Europe when she graduates in 2005. She admits it’s too early to make a decision on her future, but Cserny says she’ll probably return home after school.

“I like living in the U.S. but I think I’ll go back to Hungary or somewhere else in Europe,” she said. “I still have almost two years to decide, so for now I want to focus on what I’m doing today.”

Cserny may have a future playing professional basketball down the road. Like co-captain Hana Peljto and Allison Feaster ’98 before her, Cserny won the Ivy League’s Rookie of the Year award after her freshman season and followed it up with All-Ivy First Team honors. Yet, Cserny is not sure she wants to dedicate her entire life to basketball.

“I can’t imagine my life without basketball, but I would also like to do something else while playing, which would be very difficult if I pursued a professional career,” she said.

The present goal, however, is winning the Ivy League. Not only was Cserny able to improve against top competition in Europe this summer, but her teammates gained valuable experience playing without their star center in the lineup when Harvard was touring France and Switzerland.

If Cserny stays healthy, she has a great chance to win her third Ivy League Championship in three years, a feat few Harvard athletes in any sport have ever achieved—and probably fewer Hungarians.

—Staff writer Alex M. Sherman can be reached at sherman@fas.harvard.edu.