The Crimson will contend with No. 20 Colorado this weekend among other ranked opponents on the schedule, but the Ivy will have its own battles 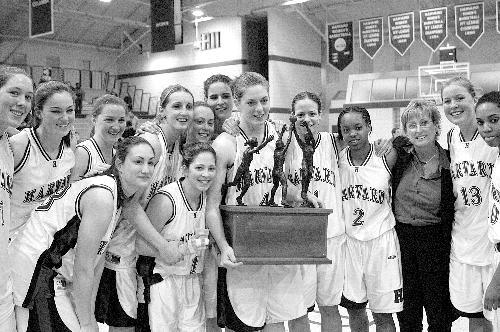 Don’t tell Mike Piazza, but the Subway Series is in Minnesota this weekend.

Or rather, the Subway Classic, hosted by the Golden Gophers, where Harvard will open its season against No. 20 Colorado on Saturday at 4 p.m.

It seems strangely familiar, to be forecasting the ranked teams the Crimson will face during its nonconference season and laying out optimistic outcomes for Harvard.

But the picture is different this year, and it isn’t just about another year of experience for what many call the best front court the Ivy has ever seen, although that certainly helps. Harvard’s change of perspective has more to do with an NCAA Tournament game against one of the best starting lineups in the country and a sea of purple-clad fans. 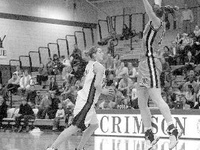 “I think we learned from those beatings and by the time we got to Kansas St., as good as Kansas St. is, we were not afraid of them,” Delaney-Smith said. “I think the fact that we didn’t play the game of our lives and they didn’t play horrible and we were in a position to win that game, gave us something that no coach can give a team. That experience says, ‘You know what, we belong on this floor.’ I’m hoping that we will take that onto the floor against these teams.”

Even without the confidence boost, Harvard is in better shape. Shoving junior center Reka Cserny will no longer take away her inside game, thanks to experience on the Hungarian national team in the European Championship. Co-captain and forward Hana Peljto will have a better passing option when she gets bogged down in double- and triple-teams.

And the Crimson starting lineup is now composed of juniors and seniors, with a potential sophomore appearance, as opposed to the underclassman-heavy roster of old. The benefits of age cannot be ignored.

“If we can stay healthy, we have the ability to be in those games,” Delaney-Smith said. “I thought we did last year, but we were quite injured and quite young and I was counting on some of our freshman class to fill in some of the gaps, but they were too young to not be terrified by Vanderbilt, Rutgers, Minnesota and whatever.”

This year, Harvard begins with Colorado, who couldn’t have asked for a better season-opening result. The Buffaloes upset No. 15 Notre Dame 67-63 on Saturday in the championship game of the WBCA Classic. Colorado will be primed to play the Crimson for a chance at the championship game of the Subway Classic against either No. 13 Minnesota or Southern.

One advantage this weekend is that Harvard will not be without a cheering section—Delaney-Smith deliberately schedules games near players’ homes, so both Peljto and junior guard Rochelle Bell will have fans from their hometown of Brooklyn Park.

“A lot of people haven’t been able to see me play back from home...it’s a great homecoming for me senior year,” Peljto said.

The Crimson’s contests with Liberty and No. 17 Rutgers will also serve as measuring sticks for Harvard’s place on the national scene, but as an at-large NCAA berth is still a distant prospect for a team from the Ancient Eight, winning the Ivies is the most probable route to the big dance.

However, another league title for the two-time defending champion Crimson, which returns all but one player—Kate Ides ’03—may not be a cake walk.

“This team is incredibly talented and the one thing that happens to incredibly talented teams is that they fail to prepare for the contests they think they should win,” Delaney-Smith said. “I think they look at themselves and say ‘We should win the Ivy league title this year.’ Well, that’s the worst thing we can do because I’ve had several teams at Harvard that should have won the Ivy league title and because we though we should, we didn’t. I think they believe and I believe this third straight title will be the hardest even though this is the most talented.”